What Would Get You to Startup, America?

Carol Tice
Owner of Make a Living Writing
March 2, 2011 min read
Opinions expressed by Entrepreneur contributors are their own. 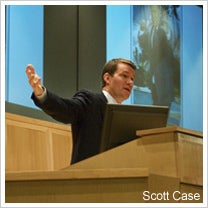 In opening remarks to the crowd attending the tech-industry's DEMO Conference in Palm Springs yesterday, Case said, "With enterprises less than five years old responsible for creating all net jobs in America over the past 30 years, the importance of promoting innovation is more paramount than ever. High-growth startups are vital to the future economic growth of the country, and the Startup America Partnership will work with the private sector to ensure that startups have every best chance to succeed."

Translation: The Partnership wants to get involved in helping small businesses, many of which are often important vendors for Fortune 1000 companies. There have been a few wins in this department already -- for instance, Intel's commitment, shortly after Obama's innovation-centric State of Union Address, to put another $200 million into startup investments through its Intel Capital venture-capital investing arm.

In addition, H-P has committed $4 million to expand its entrepreneurship program, while IBM is revamping its own, added Case.

But mostly, Case came to take the pulse of tech entrepreneurs about what the organization should make its top priorities. What would help small business owners the most?

Among the suggestions he heard: What would you like to see Startup America set as its top priorities? Leave a comment and let us know.
More from Entrepreneur