How Saying 'No' Saved My Business

Overcommitted and unable to follow sales leads, a young entrepreneur retooled to focus on core clients. 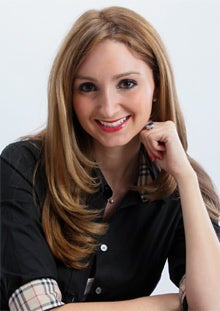 When starting out, having a passion for your business can be an asset. But when that passion leads you to take on any project that becomes available, it can spread an entrepreneur so thin that it leaves her struggling to maintain focus -- and her business.

Take Kris Ruby, for example. As a 2009 graduate of Boston University's College of Communication, Ruby had a job lined up as a social media strategist for a national company. She left that position after two months to set out on her own to form Ruby Media Group, a social media consulting firm.

"It started when someone at my gym found out that I worked in social media and wanted me to help his company with its social efforts," explains Ruby. "With a background in PR and having grown up in the social media revolution, it's just what I know how to do. I realized I could make a business out of this."

Ruby hit the ground running, blogging about social media, attending networking events and taking on speaking engagements. She flew to Seattle to discuss personal branding and to Portland, Ore., to lead a social media workshop. But the non-stop grind eventually caught up with Ruby, and she began losing focus amid the myriad of business obligations.

Startup Challenge: Overcommitting Herself
Since launching, Ruby Media Group has built up a stable of clients and generated "six figures" in revenue. But as the months wore on, Ruby found it increasingly difficult to single-handedly grow her business while finding enough time and energy to provide the level of service she had promised to her clients. Ruby reached a point in September 2010 when she couldn't maintain her schedule and her business began to suffer.

Ruby's ability to work with her core clients was shrinking, too. "As an entrepreneur, you want to feel like you can manage everything on your own," she says. "But your customers should be the focus. In order to do this you have to be careful not to ‘overseed' your business with prospects when starting up and become overwhelmed when the ‘plants' begin to grow," she says.

Solution: Scaling Back, Sharing the Load
Before the end of 2010, Ruby realized she couldn't shoulder the entire entrepreneurial burden alone. As a result she implemented a two-part plan: hire a small group of up to eight contractors and interns to help out with specific tasks and reduce her number of commitments.

She stopped flying for speaking engagements and reduced the number of industry conferences she attended so she could better focus on serving her existing clients. "I felt it was taking away from my time at the office. Now, I'm more selective," Ruby says.

Ruby says she had to learn how to "say no with love," a concept she learned from motivational speaker and author Gabrielle Bernstein. "What I learned is that I am actually serving the person better by saying no to something that I can't give my all to, as opposed to saying yes and not being able to devote the necessary time commitment. That was big for me," says Ruby.

Ruby says her new strategy has helped strengthen relationships with her core clients and to set aside personal time. "Because I'm the boss, a big problem I had in the beginning was that I didn't think I could take time for myself," she says. "Your clients will benefit when you're focused and refreshed."

The Young Entrepreneur Council is an advocacy group dedicated to fighting youth unemployment and underemployment by helping young people build successful businesses and offering alternatives to traditional career paths . Its members include successful young entrepreneurs, business owners and thought leaders. It was founded in New York in 2010 by serial entrepreneur Scott Gerber, author of the forthcoming book, Never Get a 'Real' Job.