By Mikal E. Belicove March 3, 2011
Opinions expressed by Entrepreneur contributors are their own. 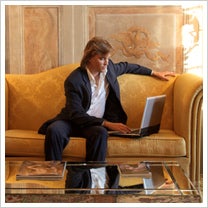 The recent return of the luxury consumer has been well documented. Not only did Tiffany's sales skyrocket over the holidays, sales at high-end shops Neiman Marcus and Bloomingdales have also seen their sales tick up.

But how do small business owners capitalize on the wealthy increasingly whipping out their wallets? Oddly enough, The New York Times has an answer: an exclusive group-buying site dubbed TimesLimited.

Similar to Groupon -- the daily deal site that claims to have saved users more than $1.3 billion on everything from cupcakes to movie tickets -- the Times expects its new TimesLimited group buying site to highlight local advertisers willing to offer up deals to its customers (readers). The difference? TimesLimited will focus on premium products and experiences offered for a limited time and in limited quantities.

The new service also combines an existing veteran sales staff that is already engaged in selling advertising to local merchants. And, that advertising targets an existing -- trusting -- audience. In that regard, TimesLimited is a natural extension of what the Times already does, which is connect its advertisers with its readers.

Readers who sign up for these premium offers should start receiving emails in late March, says Times spokeswoman Kristin Mason. These will be “high-end offers curated for the Times audience,” she adds. In other words, the deals -- which will likely include exotic travel and entertainment offers along with high-end restaurant deals -- will be exclusive and aimed at wealthier individuals.

Like its existing competitors Groupon, BuyWithMe, LivingSocial and EverSave, TimesLimited is a group buying site that will host deal oriented offers. However it will also hook consumers up with VIP or special offers that aren’t necessarily discount driven.

If your target customer has a taste for the finer things in life, TimesLimited may be for you. See what you think and let us know too.