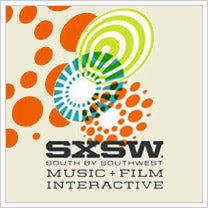 Yeah, we know: Entrepreneurs are pretty hot stuff at SXSW. That's why Entrepreneur has teamed up with Austin's own branding agency Door Number 3 to present extensive startup-focused coverage of the festival.

Of course, if you're lucky enough to be here in person, we suggest heading on over to a startup competition or two, for a shot of inspiration and the chance to get some real business done (hello, chance to talk with the judges).

Saturday @11am: The Lean Startup Competition. It's the "King of the Apps showdown," where you can vote alongside Rackspace's Robert Scoble on which innovative finalist deserves 10k in cash and prizes.

Monday @6:30pm: Startup Bus 2011 Finals. See what kind of startups five SX-bound busloads of entrepreneurs from around the country hacked together during a few sleep-deprived days on the road.

Beginning Monday @10:30am through Wednesday: SXSW Accelerator. Judge-investor-entrepreneur Paige Craig had this to say about Microsoft's BizSpark event, which will fast-track the four (out of 32) winning early-stage tech companies: "It's a really small and overlooked venue where you can corner some of the best angel investors and founders, give a one-minute pitch and actually get five minutes."

Seriously, put a star next to this one. The judge roster includes bigshots from The Foundry Group, Y Combinator, Union Square Ventures, Sequoia Capital, Draper Fisher Jurvetson, and even the Craig Newmark.

And remember: Hydrate. See y'all around!