Striving for Efficiency the Second Time Around 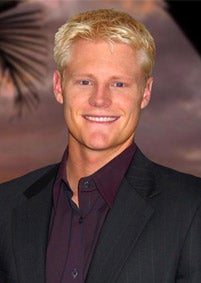 While attending high school in northern California, Kent Healy felt frustrated that he wasn't learning the practical knowledge he needed to make it in the "real world." Determined to dig up the information on his own, Healy spent two years collecting advice and tips from business owners he considered successful. Shortly after graduating high school in 2003, Healy teamed with his younger brother Kyle to co-author Cool Stuff They Should Teach in School, a book focused on the "real-world advice" he had collected to compliment a student's conventional education.

Healy and his brother sold the book to middle schools, high schools and junior colleges around the country. Realizing a larger market, the brothers launched Cool Stuff Media Inc., a company that provides books, audio programs and speaking events to educate and encourage young people to thrive in the professional world.

Eventually becoming burned out from publishing and public speaking, Healy put Cool Stuff Media on hold and decided in 2009 to launch The Lost Boys Project, a Phoenix-based real estate investment company that purchases distressed properties and provides families and individuals with an array of home-ownership credit options. The three-employee business currently manages 30 properties and earned more than $500,000 in annual revenues last year.

But Healy wasn't able to build his second business without heeding an important lesson he learned while managing Cool Stuff Media: Having an efficient infrastructure and operating systems is imperative for any business to succeed.

Out of the gate, Healy managed the publishing arm of Cool Stuff Media solely from his personal computer. But he quickly discovered tracking the flow of content between himself, his designer and the publisher was "chaotic." "I'd save a file then manually transfer it to another hard drive, and everyone would become confused about which version was the master copy," he recalls. "I spent a lot of time reading each copy and counting words, trying to determine which draft was the newest.

"Initially, I was so focused on completing assignments I didn't plan adequately how to do things efficiently," he adds.

Frustrated, Healy opted for the obvious solution of setting up a computer network. But the system was "riddled with tech issues," he says, and was "more a nightmare than a solution." That's when he began searching online for another alternative and discovered Dropbox, a popular free service that allows people to share files.

Solution: Organize operations from the start.

When Healy was about to launch The Lost Boys Project, he wanted to apply what he'd learned about efficient file-sharing at Cool Stuff Media to his new business to streamline operations from the start. He started by creating a series of forms using Microsoft Excel that enabled him to track individual tasks, their completion date and any notes or comments about the process -- project by project. It wasn't long, however, before his staff grew weary of filling out paper forms and storing them in binders. "It became almost inappropriate to spend so much time maintaining the charts," he says.

"Personally, I realized I was wasting a lot of time online doing 'research' that wasn't immediately necessary," he says. "Now, instead of looking up answers to questions that pop up, I write down notes throughout the day and circle back to them at night, away from work." Healy uses a free mobile application called TeuxDeux to keep his notes and daily tasks organized.

Overall, Healy says the time-management software saves his staff up to three hours a week, per person.

"If you think about what one person can accomplish in three hours, that's pretty big," he says. "A dogged focus on processes in the early stages of business can seem like an inappropriate use of time, but it is in fact one of the best ways to lay a solid foundation that encourages long term growth."

The Young Entrepreneur Council is an advocacy group dedicated to fighting youth unemployment and underemployment by helping young people build successful businesses and offering alternatives to traditional career paths . Its members include successful young entrepreneurs, business owners and thought leaders. It was founded in New York in 2010 by serial entrepreneur Scott Gerber, author of the forthcoming book, Never Get a 'Real' Job.