By Prentice Howe March 14, 2011
Opinions expressed by Entrepreneur contributors are their own. 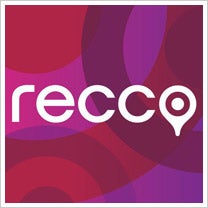 A long time ago, we were told: "Don't talk to strangers." At SXSW, a new app called Recco tells us: "Don't listen to them, either."

Recco was started in February by three advertising creatives -- Joe Sayaman, Peter Cortez and Jason Culbertson -- who shared a passion for food and a similar thought: "Why are we seeking recommendations about where to eat and drink from people we've never even met?" That question led them straight to their "a-ha" app moment. And straight into a new business altogether, putting their ad careers on the back burner.

To describe the free Recco app is actually pretty easy: It's like Yelp, only the recommendations come from your friends -- the people you know and trust who have similar tastes as you. With the app, people either like something and "recco" it, or don't like it and "meh" it. And there's no better time to introduce an app like that than at SXSW where solid recommendations on panels and parties are priceless.

Recco's goal this week in Austin is simply to get people to download the app and try it out. But here at SXSW, it's not a tough sell since just about everyone in town is an Austin newbie looking for recommendations ranging from BBQ to bars. "This behavior already exists," Cortez points out. "We just made it really easy to find."

The Recco founders are spreading the word organically at SXSW, usually at the parties and meet-ups, and one of the guys is almost always wearing a Recco T-shirt. But before SXSW kicked off this week, Recco did some pre-planning. They knew the natural tendency during the week is for people to ask their friends and co-workers for recommendations on panels and parties. So Recco proactively created two entirely new categories (SXSW Interactive + SXSW Music) that included all the official and unofficial events.

"We created a platform where all of this valuable information is organized so you can access it anytime you want, instead of forgetting about it," says co-founder, Joe Sayaman. "There's a lot of value in a review," Culbertson adds, "especially when it comes from a friend."

Post-SXSW, it's back to business once the team returns to their headquarters in New York. Updating versions, adding new features and increasing funding are top priorities for the first-time start up team.

For now, they're handing out Recco stickers as their own self-appointed street team, enjoying panels, free beer and just waiting for someone to ask: "So, what app do you recommend?"