By Diana Ransom March 16, 2011
Opinions expressed by Entrepreneur contributors are their own. 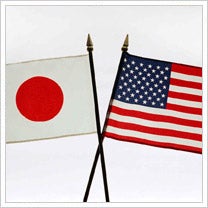 As the tragedy in Japan seems to worsen by the day -- if not the hour – two questions may spring to entrepreneurs' minds: Is my company prepared for this level of disaster? And how can I help the people of Japan?

Although high-profile efforts like those witnessed just last year during the aftermath of the Haitian earthquake haven't yet materialized for the people of Japan, the small business community isn't waiting for celebrities to get their act together.

Between donating anti-radiation suits to first responders in Japan and passing on the proceeds of sushi sales to the American Red Cross, small businesses are pitching in any which way they can.

After seeing the destruction unleashed on Japan last Friday, Milissa Takashima who owns Mili's Sweets, an online cupcake bakery in San Diego, was moved. "It's just a total nightmare. I can't believe the pictures I'm seeing," she says. "I had to do something about this, like right now." Quickly thereafter, Takashima whose husband is ethnically Japanese and still has family there sent an email to the American Red Cross.

In minutes, she fashioned her plan: On one to-be-determined day in April, Takashima will sell her cupcakes to San Diegans for $5 a pop. Her goal is to sell at least 1,000 cupcakes from which the proceeds will go straight to the Red Cross. She'll also donate the proceeds from the sale of her newly re-named Red Cross Red Velvet cupcakes.

"People here aren't making such a big deal about the situation in Japan," she says. "I want to see people getting involved… I want my children to know that you don't have to have a lot to give a lot."

Similarly, Kristine Sturgeon and her team at Define My Style, a website based in Cincinnati that allows teens to customize their own handbags, has been seeking a way to help the recovery effort in Japan. Although handing over a big check for this startup isn't a possibility, they did just yesterday launch a program where $5 from the purchase of any custom handbag through the end of March will go to the American Red Cross Japan Quake and Pacific Tsunami fund.

Perhaps even more impressive is Meteor Games CEO Zac Brandenberg's efforts to raise funds to help the earthquake and tsunami victims. Starting last Friday evening, Meteor, which is based in Beverly Hills, Calif., added a banner advertisement above one of its games, Island Paradise. It noted that 100 percent of the proceeds from Island Paradise’s in-game Cherry Blossom Tree sales will benefit the American Red Cross. The promotion raised just under $5,000 in its first two days. The goal this week is to offer more items that players can purchase in order to donate to the disaster relief, says Brandenberg.

How is your small business aiding Japan's recovery? Leave a comment and let us know.