Is Small Business on the Rebound in Your Town?

By Carol Tice March 23, 2011
Opinions expressed by Entrepreneur contributors are their own. 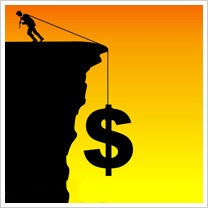 One way to track the economic recovery: Watch small-business bankruptcy protection filings. What you see just might surprise you.

Last month, Equifax reported business filings were down 18 percent nationwide in the final quarter of 2010, from the same period a year earlier. Then last week, the credit bureau found that 10 of the top 15 metro areas that accounted for the greatest number of small-business bankruptcy filings in the last quarter of 2010 also saw a decline from the same period in 2009.

But overall, the news was positive -- the top 15 metropolitan markets saw an average 6 percent decline in bankruptcy filings.

The deeper question behind these numbers is why the bankruptcy rate is improving. Is it simply that so many floundering companies have already thrown in the towel that now there are fewer left teetering? Perhaps we've hit a critical mass where enough businesses have left the market in some industries that survivors have enough business to go around. Maybe we've reached something of a Darwinian moment where the entrepreneurs who've lasted will emerge from the economic wreckage in good shape, thanks to the thinned-out competition.

One other possibility: Maybe the scads of new businesses started in the past couple years by the unemployed simply haven't exhausted their owners' funds yet and closed their doors. We could just be in a brief lull – and may not see any movement unless real-estate foreclosures spike later this year or if interest rates rise.

Finally, when you average it all out, 6 percent fewer bankruptcies isn't exactly news that makes you want to party in the streets, given how steeply bankruptcy rates shot up in 2009 -- 81 percent in summer 2009 compared with the summer before, for example. We probably still have a long way to go to get back to a healthy rate of business success.

What's the small-business climate like in your town? Are businesses closing or new ones opening? Leave a comment and give us your report.