Will New SBA Rules Give Women Entrepreneurs Their Due?

By Carol Tice March 25, 2011
Opinions expressed by Entrepreneur contributors are their own. 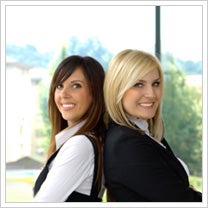 Small-business owners have many gripes about the federal government's contractor programs -- among them, the pay often arrives slowly and bigger businesses seem to get the lion's share of the contracts. But a new rule that went into effect last month offers a ray of hope that the number of contracts awarded will ascend among one group that's been historically underserved in government contracting: women-owned businesses.

You read that right. Nearly 40 years after women's lib, the big goal is to hit 5 percent, when the SBA's own figures show women own close to 30 percent of American businesses.

Part of the reason is women tend to start more one-person businesses than men. In 2002, the SBA reports women owned 6.5 million businesses, but only 14 percent of them were employers, representing only 6.5 percent of national employment. Government contracts tend to need bigger firms to fulfill them. But still, the new program seems like such a small step.

While some are applauding the new program as a real victory for women, I have to say I have mixed feelings about this program. My objections:

• It's patronizing. Can women only win federal contracts if they don't have to compete for them against male-owned businesses? Is federal bias against women so entrenched that the only way to overcome it is to create a rulebook where in some corners of contracting, men are forbidden to play?

• It pits women against each other. The set-aside format will likely tend to ghettoize women's applications so they all compete against each other for the same few contracts. The end result may not involve more women clutching a signed contract in their hands. Instead of creating a women-only contracting zone, it might be more useful if additional resources were devoted to mentoring women entrepreneurs to help them go after the whole range of federal contract opportunities.

• It's a set-aside. These programs don't have a great history of encouraging the best and brightest. And at some point, it wouldn't surprise me if some excluded business sued for discrimination.

• It's not enough. It would be great to see the Obama administration talk about real, systemic change in the contracting system that would bring women to the table in greater numbers. Instead of offering up just a token 5 percent of contracts to women business owners, the White House could strive to raise the goal.

What do you think about the Women-Owned Small Business Contract Program? Leave a comment and sound off.

5 Things to Do Before You Franchise Your Business

This Is What Separates a Thriving Company From a Dying One