Is the Economy Getting Worse? Business Owners Say Yes

By Carol Tice March 30, 2011
Opinions expressed by Entrepreneur contributors are their own. 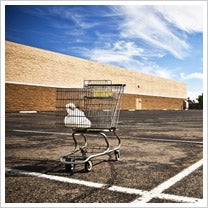 Throughout the downturn, small business owners haven't exactly been an optimistic bunch. But the headway they've made amid the recovery appears to be receding.

More than half of business owners -- 54 percent -- said the U.S. economy is getting worse, according to the March Discover Small Business Watch survey. That's the highest that figure has been since last September.

When it comes to their own businesses, entrepreneurs' outlook isn't much better -- 42 percent said conditions are worsening. Even gloomier is their outlook for whether things will recover in time for businesses to stay afloat.

More than three-quarters of business owners said the downturn hurt their profits, and only 22 percent of that group said they have experienced a sustained recovery. But perhaps the most disturbing statistic: 14 percent of owners said they don't expect their business to recover, ever. Another 45 percent said they estimate they're at least a year out from seeing an upswing.

Yow. Sounds like the light at the end of that tunnel may turn out to be an onrushing train after all.

Given their mood, you might expect entrepreneurs to be turning bitter about their lot at this point. But another new report shows that business owners continue to treasure their independence.

A Citibank survey of over 1,000 entrepreneurs asked if they would start their business again today, knowing what they know now. Three-quarters of respondents said yes. In addition, nearly two-thirds -- 64 percent -- said they would recommend entrepreneurship to their children.

The entrepreneurial urge is hard to extinguish, apparently.

I've been feeling upbeat about the economy lately based on my own anecdotal experiences. Many local restaurants are packed again. And the line for Starbucks has seemingly never been longer.

But maybe there's something to the negativity. Over the weekend, I ended up at a popular shopping mall in the heart of downtown Seattle. I hadn't visited in quite a while. We noticed several empty storefronts as we walked through the mall.

Then, right before we left, we leaned over the rail around the mall's open center plaza and looked down. Beneath us lay a ghost town -- an entire basement floor of the mall with every storefront dark and abandoned.

Perhaps there's still quite a slog ahead of us before the economy takes off again.

Do you think the economy will get worse before it gets better? Leave a comment and tell us your view.