By Mikal E. Belicove March 31, 2011
Opinions expressed by Entrepreneur contributors are their own. 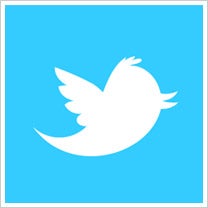 You've heard the idiom about the squeaky wheel getting the grease. It turns out the most frequent squawkers on Twitter -- while small in number -- generate the most tweets, according to research presented this week at the 20th annual International World Wide Web Conference in Hyderabad, India.

The 10-page study, called Who Says What to Whom on Twitter, is a joint project from Cornell University and Yahoo! Research. Foremost among its findings is a factoid that shows about 50 percent of all tweets are generated by a paltry 20,000 users. To be more specific, that means less than 0.05 percent of all Twitter aficionados attract nearly half of all the attention on the popular social broadcasting service.

These 20,000 tweeters who rope in such a large percentage of the billion or so tweets produced each week are defined in the study as "elite users," and they fall into the categories of media, celebrities, organizations and bloggers. The rest are shoved unceremoniously into the category of "ordinary users."

Into the celebrity category go such notables like Barack Obama, Lady Gaga and Lance Armstrong. The media includes CNN and the New York Times. Organizations range from Amnesty International to Whole Foods, and blogs run the gamut from our Entrepreneur's own Chris Brogan to Daily Blog Tips' Daniel Scocco.

Of those, the study's analysts determined that the media produces the most information shared, but it's the celebrities who are the most followed by Twitter users. "Within this population of elite users, attention is homophilous," the report says. In simpler words, similarity breeds connection. Celebrities follow celebrities on Twitter, media follows media and bloggers follow bloggers.

None of this of course is very surprising to me, as I find most of what happens through Twitter to be little more than bellybutton gazing, and this study seems to back up that perception. By my own count, over 50 percent of the people who follow me on Twitter share essentially the same profile as me. They work in marketing, PR, design or communications. It's like all of us who work in this field or report on it are simply talking among each other. But I digress.

The study also found that much of the information produced by elite users reaches us ordinary users indirectly by means of a large population of intermediary opinion leaders who -- while "ordinary" -- are more exposed to the media than their followers.

Yet another finding shows that categories place a different emphasis on content, with media tweets exhibiting short-lived URLs, while tweets among bloggers tend to be longer-lived URLs.

Tip for owners: Since blog posts tend to be re-tweeted and last longer than news items in the twitosphere, it only makes sense for a company or business to launch a blog from its own website and tweet about its own blog posts. That makes it easy for customers and website visitors to do the same, which ultimately drives more traffic to your website.

If you tweet, do you think it's helping your business? Leave a comment and let us know how.