Felix Dennis on the 'Getting of Money'

The publishing magnate explains how entrepreneurialism can lead to financial wealth.

April 14, 2011
Opinions expressed by Entrepreneur contributors are their own. 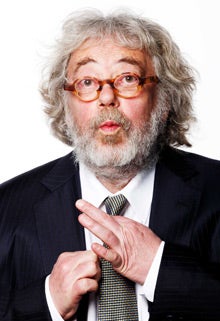 Media mogul Felix Dennis founded Maxim magazine and publishes dozens of others as the owner of Dennis Publishing. The following is an edited excerpt from his book The Narrow Road (Portfolio/Penguin, 2010), which goes on sale in the U.S. this week.

Providing you live in a country with some claim to being governed by the rule of law; are of reasonable intelligence and in good mental and physical health; and are not presently incarcerated in a prison or an institution, then nothing -- absolutely nothing -- can stop you from becoming rich.

Anyone prepared to dedicate themselves and persevere in the getting of money will eventually succeed. To such a person, the odds of success are meaningless.

Here are a few of my thoughts on what it takes to be successful in business and make yourself a fortune in the process.

On Working for Others
For those determined to succeed in the getting of money, earning a living working for others can prove useful. But beware. Given time, a salary begins to exert an attraction and addictiveness all of its own; regular paychecks and crack cocaine have that in common. More to the point, working too long for others will serve to blunt your appetite for risk. And in risk lies the only sure path to riches.

You are not looking for a "career," except as a launchpad or a chance to infiltrate and understand a particular industry. Such employment should provide excellent training for the struggle ahead and will act as a salutary reminder of the fate of the vast majority of wage slaves condemned to work for others until they retire.

In reality, you are not part of a team, although you may have to pretend otherwise in order to better understand how companies function. You should certainly do so conscientiously. But in your secret heart, however hard you work, you must not deceive yourself. Working for others is a reconnaissance expedition; a means, not an end; an apprenticeship, not a goal.

On the Fallacy of the Great Idea
Having a great idea is not enough. It is the manner in which ideas are executed that counts. Implementation will always trump ideas, however good those ideas are.

I have lost count of the number of men and women who have approached me with their "great idea," as if this, in and of itself, was their passport to instant wealth. The idea is not a passport. At most, it is the means of obtaining one. In some instances, a fixation on a great idea can prove hazardous, distracting your attention from the perils and pitfalls you will inevitably encounter.

On Common Startup Errors: Excessive Overhead
There is never a time in a company's history when cost control can be relegated to the back burner, but for a startup company, keeping costs low is a vital necessity.

Overhead will eat you alive if not constantly viewed as a parasite to be exterminated. Never mind the bleating of those you employ. Hold out until mutiny is imminent before employing even a single additional member of staff. More startups are wrecked by overstaffing than by any other cause, bar failure to monitor cash flow.

Always ask yourself this question: Is this hire really necessary? So necessary that I feel certain that employing this person will enable us to generate additional income amounting to seven to ten times the new employee's base salary?

On Raising Capital: 51 Percent Investors
Very, very few entrepreneurs who accept a 51 percent partner in a new venture will get rich if they are also expected to run it. Control is mandatory.

It is better to plot and plan to raise sufficient capital to start a business where you call the shots, no matter how long it takes. If an investor will accept 51 percent of all dividends or bonuses or distributions made from the company while leaving you with 51 percent of the voting stock -- fine. (Providing there is an exit strategy built into the arrangement.)

It's the control that counts. Period.