Laura Lorber
April 18, 2011 min read
Opinions expressed by Entrepreneur contributors are their own. 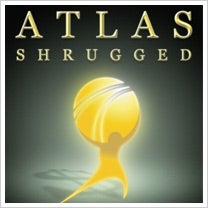 Despite some poor reviews, Atlas Shrugged, the new film based on the 1957 Ayn Rand novel of the same name, had a fair turnout in my local AMC Loews theater, and people clapped at its end.

Has the time come for the ideas of Atlas Shrugged to gain broader traction? Maybe so.

For the uninitiated, Atlas Shrugged is an argument laid out in novel form for Rand's philosophy of objectivism, which, to sum up briefly, holds that people should pursue their own rational self-interest and champion laissez faire capitalism. The writing is clunky, the characters are wooden, and the length, at more than 1,300 pages, depending on the edition, can be intimidating. A light beach read it's not. You really have to want to read this book. I started it at least three times over the years and got through it only when I got the audiobook. (Thank you, Audible.com.) So technically I've never read it, just listened to it. All 63 hours of it. (That's a lot of value in an audio book.) I stuck with it, mainly because I wanted to see where it was all going.

I'm glad I did. Love or hate her, Rand is enormously influential in business. Her views are popular among many entrepreneurs and other business leaders. Former Federal Reserve Board Chairman Alan Greenspan, for one, is said to be a huge fan. Rand's story echoed loudly for me during the darkest days of the credit crisis, when the U.S. Congress rushed to save the banking industry and efforts were made to let mortgage defaulters stay in their homes. The U.S. economy, if not the world's, was in a deep pit, but if I hadn't read Atlas Shrugged, would the government bailout have disturbed me as much?

The book left me intrigued with Rand. Who was this woman who wrote such a book and even paid her publisher for the costs of printing hundreds of pages to keep in a long, windy speech toward the end that her editor wanted to cut? My next audio book was her first novel, We the Living, which I heard described as the closest thing to an autobiography that she'd ever written. It's the story of a bright student and her family living in post-revolutionary Russia and the transition to a Socialist state. It ends with the heroine desperately trying, and failing, to flee the country on foot through a snowy tundra. If this fictional story was Rand's reality, I could see why she loved free enterprise so fiercely.

Her arguments are certainly worth listening to. For example, "Check your assumptions" is a refrain from Atlas Shrugged that particularly resounds with me. But, contained as they are within the tome of Atlas Shrugged and her earlier doorstop of a novel, The Fountainhead, her ideas can be fairly inaccessible, even to someone with an active interest in learning about them. Still, using fiction as a medium was a smart way to help spread them. Will making the story into a movie get more people to listen? If my audiobook experience is any indication, the answer is yes. But it will be a tough road. Staying true to the story, the characters in the movie profess to have no feelings and are prone to speechifying.

I found myself dozing somewhere toward the middle and wondering if I would have followed, or even cared about, the plot if I hadn't read the book. What's more, the movie is a three-parter. Will people care enough to want to see Part II, let alone make it to Part III? Lord of the Rings it's not.

But there's definitely an audience of Rand devotees who will make the pilgrimage. The people in the theater with me who clapped seem likely to make it to Parts II and III.

What do you think? Share your thoughts in the comments below.

The Importance of Diversity and Inclusion During Uncertain Times

Are You Building a Culture of Co-Signers or Authorized Users?