Why We're Still Lost In Geolocation 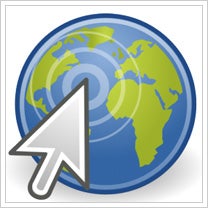 Business owners who anticipate that geosocial services like Facebook Places, Google Latitude, Foursquare, SCVNGR, and Gowalla will be the next best way to reach new customers may be waiting a while longer yet.

Geosocial, or geolocation, services -- which allow their users to send short messages online or by text to update friends on their whereabouts and activities (also called "check-ins") -- are as far from becoming mainstream as MySpace is likely to enjoy a sudden resurgence in popularity, according to a report from Portland-based digital marketing agency White Horse Productions. To put it bluntly, most consumers don’t see the relevance, and businesses are still not doing anything about it.

White Horse interviewed 437 U.S. smartphone users, discovering that while 56 percent are aware of geosocial apps, only 39 percent use them. And most non-users said they know nothing about these apps or know very little. Adding insult to injury, a small number of users admitted they stopped using location-based apps at a certain point for a number of reasons.

What is it that is keeping non-users from jumping aboard the geosocial services bandwagon? The White Horse survey showed that a third of non-users had privacy concerns, and nearly as many said they saw no need, interest or benefit in geosocial apps. Nineteen percent said geosocial is redundant to how they already connect with others, and fewer numbers said they lived in small communities, found it intrusive and even inappropriate. The survey accurately points out that the chief barriers of a successful location-based service are a lack of benefit to the user and privacy fears.

As for smartphone owners who are familiar with this form of social networking, most point to the "social connection," as a major benefit. Nineteen percent said "information," is the most important factor, and 7 percent suggested "entertainment" as a reason to participate. Surprisingly, only 6 percent said they use or would use these apps to take advantage of discounts and promotions at area businesses.

The survey showed that Facebook Places was far and beyond the most frequently used geosocial app at 42 percent, followed by Google Latitude at 27 percent. Another 25 percent said they prefer Foursquare, with Twitter Places, Gowalla and Whrrl making up only 6 percent of users.

The study concludes by essentially pointing out what I recommended in November in my post about using SCVNGR to grow your business. Namely, that it’s the union of a business and its audience -- not the intersection of those using an app and who happen to be at a particular business location -- that has the potential to increase adoption and meaning of geosocial applications. In other words, if location-based apps are to succeed, there is a need for businesses to create new experiences that are relevant to their brand and -- more important -- to their smartphone-using audience.

Are geosocial offerings relevant for your business? Leave a comment and let us know.