Could a Band of Angels Help Your Business?

By Carol Tice April 27, 2011
Opinions expressed by Entrepreneur contributors are their own. 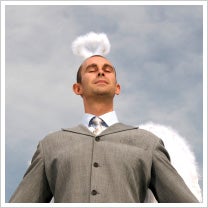 It used to be that finding angel investors mostly involved figuring out who you personally knew who had money -- maybe a rich uncle or former boss -- and asking them to invest in your business. If you were lucky, maybe you scared up two or three different individuals who could back your idea.

In recent years, though, it's gotten easier to find angel investors outside your own network of connections. That's because angels increasingly travel in groups. The Angel Capital Education Foundation reports angel groups now number 340, up 13 percent in the past year.

The rise of angel groups is making life easier both for angel investors and for entrepreneurs trying to find them. Here's why:

Better support for angels. Instead of making mistakes and investing on their own, angel groups provide support, education and mentoring for new angels. That's drawing more investors into angel investing, as it feels less risky. Angel investing is rebounding from the downturn -- the Center for Venture Research at the University of New Hampshire found angel investments rose 14 percent last year to more than $20 billion.

More face time. It's become less of a mystery how you get in front of angels, because more angel groups are attending -- and even organizing -- events where entrepreneurs can pitch them. For instance, the online investment portal FundingPost holds pitch events all over the country -- there are 11 events planned in the next six months. (Yes, it can cost money to participate in some of these, but for a company that's ready for investor funding, it can be money well spent.)

Bigger targets. It's simply easier to find a group of angel investors than it is to find a single angel, as the groups have a higher profile. The angel groups are also more pro-active in looking out into the business community and soliciting proposals from entrepreneurs.

Online portals. You can also find angels through online sources now, including AngelList, PartnerUp, and MicroVentures, as well as by poking around traditional social-media channels such as LinkedIn. Angels who have been active in groups are often more out-front about their investment activities in their social-media profiles.

Will you look for investors this year? Leave a comment and tell us your funding strategy.