A Recovery in Small-Business Lending?

By Diana Ransom April 27, 2011
Opinions expressed by Entrepreneur contributors are their own. 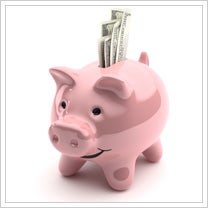 When the Small Business Administration's enhanced loan guarantee slipped back down to pre-recession levels in May of last year, small-business owners got nervous.

Provisions in the 2009 Recovery Act and four subsequent extensions had lifted the SBA guarantee on 7(a) loans to 90 percent and reduced borrower fees on most 7(a) and 504 loans. When the provisions expired, that guarantee went to 75 percent to 85 percent.

The question was: Without that enhanced guarantee, would small-business owners get the loans they needed if banks suddenly had to take on more risk?

So far it looks like the answer is yes. JP Morgan Chase yesterday announced that it would increase its commitment to lend $12 billion to U.S. small businesses in 2011 -- a 20 percent increase over 2010.

Although the nation's other two biggest banks, Bank of America and Wells Fargo, don't have a similar commitment to lend to small businesses, they say they're optimistic about keeping up a robust effort. Already, in the first quarter of 2011, Wells Fargo made $3.7 billion in new loan commitments to U.S. small businesses. This is a 27 percent increase over the first quarter of 2010, according to Marc Bernstein, head of Wells Fargo's Small Business Segment.

BofA didn't have small-business lending information broken out in its 2011 quarterly filings, but the bank did say that it extended $4 billion to U.S. consumer and small-business card holders. It also surpassed its 2010 lending goal of $86.4 billion to businesses with less than $50 million in assets by 13 percent. "While we haven’t made a specific lending pledge for 2011, we’re optimistic that the economy will continue to grow and that loan demand will continue to increase," says a BofA spokeswoman.

For Chase's part, the lender provided more than 100,000 new loans totaling $3 billion to small businesses during the first quarter of 2011. It also increased lending by 64 percent to businesses with annual sales of less than $20 million.

The overall small-business lending climate appears to be loosening up. Not only have some banks relaxed their credit standards for small businesses since 2010, demand for loans is beginning to recover. In January, banks reported a net increase in loan demand from businesses with less than $50 million in revenue for the first time since 2006, according to the Federal Reserve’s latest Senior Loan Officer Opinion Survey.

Still, if 2010 is any indication, setting a goal may be one thing but following through is quite another. Although Wells Fargo set its 2010 small-business lending goal at $16 billion, the San Francisco-based lender fell about $1.1 billion short of that target.

"While we do not have a lending commitment for 2011, we intend and expect to make more loans this year," Bernstein says.

Do you think banks will make good on their commitments to small businesses? Leave a comment and let us know.