A Mom Sees and Fills a Need in the Marketplace: Personal Hygiene Products for Boys

How an Atlanta entrepreneur launched Stinky Boyz, a line of sports-themed natural shampoos and body washes.
Next Article Add to Queue 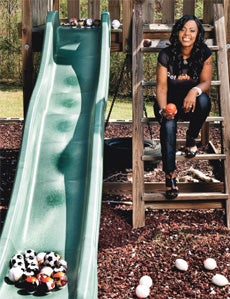 "Aha" moment: Back in the mid-1990s, Gelin, who had only daughters at the time, watched her twin sister battle to get her sons to de-stink. "It was a big struggle," Gelin says. "My nephews loved sports, but they didn't like taking showers after their sweaty adventures." When she later had a son, Gelin would catch him running water and pretending to shower while playing video games or reading in the bathroom. So she developed an incentive for boys to drop one kind of ball and pick up another. Shaped like baseballs, footballs, basketballs and soccer balls, Stinky Boyz solid shampoos and body washes contain essential oils and black seed, a strong antioxidant.

Why? "Boys are a truly deprived market," Gelin says. Most boys share their deodorant and body washes with their father or end up using their mother's products, she says. The inspiration for a solid product came from Gelin's experience with her son, who would squirt her shampoo and body wash all over the shower: "a major waste."

Customers: Mostly parents, as well as coaches. Gelin even gets feedback from teachers who are grateful their classrooms are no longer stinky. The company has sold more than 1,000 units since its launch. 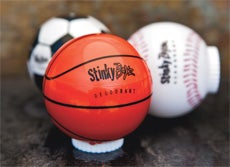 Score: Gelin and her products were featured in a local TV news segment, and a street team promoted the line at this year's Super Bowl and All-Star Weekend (the "Got Stinky Boyz?" T-shirts were popular). Stinky Boyz is on Facebook and Twitter, and may soon be doing mobile marketing blasts.

What possessed her: Gelin has been self-employed for the last 13 years (she's been in real estate and is also a certified matchmaker), but when she saw the economy take a turn in late 2007, she decided to reinvent herself and work on the Stinky Boyz concept she'd developed years before. She put together a proposal and scored a business partner, with whom she has so far put more than $1 million into the company, which launched in January.

Up next: New soap shapes in the works include tennis, golf, extreme sports ("Whatever's going to promote good hygiene practice at a young age," Gelin says) and products like deodorant, lip balm and skin care. Stinky Boyz currently sells online at Stinky-Boyz.com, and Gelin recently signed a contract to be in 3,000 to 4,000 grocery and drugstore chains nationwide by late summer. There's even a Stinky Girlz line in the works for 2012 and 2013.