By Mikal E. Belicove May 19, 2011
Opinions expressed by Entrepreneur contributors are their own. 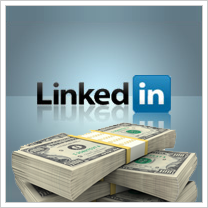 The much-anticipated linkup of LinkedIn on the New York Stock Exchange took place this morning, with the business-focused social network making its debut under the LNKD symbol. Based in Mountain View, Calif., LinkedIn operates the largest online professional networking service on the planet with more than 100 million members in more than 200 countries and territories.

LinkedIn (NYSE: LNKD) priced its initial public offering of 7.8 million shares at $45 a share, which gives the company a valuation of approximately $4 billion, or nearly 17 times its net revenues of $243 million for 2010. As of press time, the company's now publicly-traded stock surged to an astounding $88.17 per share. It had traded as high as $92.99. Not bad for a business that got its start nine years ago in co-founder Reid Hoffman's living room.

In case you're wondering how exactly LinkedIn makes money: The company draws most of its income from selling recruiting and marketing services to businesses as well as premium services that are paid for by subscribers.

Nearly 2 billion people searched its platform last year when the company had roughly 500 employees around the globe, according to LinkedIn. At the beginning of 2011, the employee base doubled to 1,000 employees. And, as of January of this year, the company counts executives from all Fortune 500 companies as subscribers, and it claims its hiring solutions were used by 73 of the Fortune 100 companies as of March of this year.

Without a doubt, LinkedIn's status as the newest NYSE member is being watched very closely by other high-profile social media-related companies who are themselves rumored to be contemplating a dive into IPO waters, including Facebook, Groupon, Zynga and Twitter.

In its 142-page registration statement filed with the Securities and Exchange Commission, LinkedIn lists some of the advantages of investing with the company, saying the company's offerings already transforms the way people work by connecting talent with opportunity on a giant scale. It claims its mission is to increase viral member growth beyond the existing 100 million members and serve as the professional profile of record online.

As for potential risks of the enterprise, LinkedIn's statement admits that the company has a "short operating history in a new and unproven market," and if security is compromised, members and customers may opt out of the service. In addition, the company said it doesn't expect to be profitable any time soon. And it fully expects to face increasing competition from online professional networks in the future.

LinkedIn also said it expects that its 7.8 million-share offering will generate roughly $146 million, which would be used for general corporate purposes such as working capital, sales and marketing activities. The company said it also might use a portion of the net proceeds to invest in or acquire technologies, solutions or businesses that can complement the goal of boosting its online professional network enterprise.

Would you snap up shares in LinkedIn? Tell us why or why not in the comments section below.