How They Became Small-Business Champions

Of the 27 million small businesses in the U.S. a mere fraction of them can call themselves a Small Business Champion. Here's how they did it.
Next Article

Diana Ransom
May 20, 2011 5 min read
Opinions expressed by Entrepreneur contributors are their own.

When it comes to acknowledging the contributions of small businesses, few honors are more prestigious than the Small Business Administration's Champion awards.

Although the SBA's Small Business Champions are nominated rather than plucked from the masses -- and they must have accepted the SBA's help at one point or another, thereby further limiting the pool of contenders -- they needed to prove their mettle nonetheless. Not only did the national winners of awards like Exporter of the Year and Young Entrepreneur of the Year have to show evidence of success through profits and sales, many of them needed to prove they've helped create business opportunities for fellow entrepreneurs. Some even had to show that their efforts led to legislative changes.

What's more, "they are great examples of small businesses that have managed to remain successful through the recession," says Cecelia Taylor, a SBA spokeswoman.

For David L. Haydel Sr., 65, and his sons David Haydel Jr., 38, and Ryan Haydel, 32, running the Jefferson, La.,-based Haydel's Bakery is such a long-standing family tradition that each of them remembers what it was like to grow up working at the bakery.

"Back in 1975, I was in their very first commercial," says the David Jr. "They made me crawl across a table and smash a cake, so I'd say I've been working there since the age of two."

Though the Bakery got its start in 1959 when David Jr.'s Grandfather took over a local donut shop, it has today grown three times its original size, employs 25 workers and widened its product offerings, too. Moving away from donuts, the Haydel's now sells everything from pralines and cookies to the buttery caramel covered Cajun Kringles and sweet cream-cheese filled Cajunnolis. It also ships all over the country.

This past January, Haydel's shipped out about 60,000 Mardi Gras King Cakes -- which are giant braided danishes topped with fondant icing and purple, green and gold sugar. One cake went as far as Egypt, says David Jr., who added that almost 75 percent of Haydel's business now comes from its sweets-shipping business. That success also helped grab the attention of the SBA, which recognized Haydel's as its 2011 Family-Business of the Year award recipient. 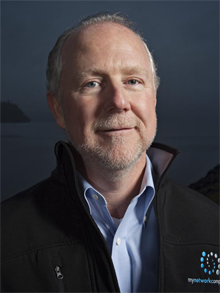 Darrel Bowman, the 51-year-old founder of the Tacoma, Wash.,-based Mynetworkcompany.com, may have served in the Coast Guard in the late 1970s but his veteran ties remain tight. Bowman's father, brother and one of his sons has also spent time in the military. So, it's natural that the IT-support shop owner would be a staunch advocate for entrepreneurial veterans. "Everyone in the U.S. should find a way to serve," he says. "It gives you a whole new appreciation for the country."

That resolve to help entrepreneurial vets is what landed Bowman the SBA's Veteran Champion of the Year award. Not only did Bowman, in 2010, help win a small victory for vets when the Washington state legislature adopted a veteran-owned business registry for those wanting to conduct business with vets. He also helped prod lawmakers to encourage state agencies to do more business with veterans. "They shouldn't look for a hand out, but a hand up would be great," says Bowman.

But even when he's not elbowing legislators, Bowman is managing an IT business that he acquired in 2005. After about a year of flat sales, Mynetworkcompany.com, which charges a flat fee for IT and has six employees, has seen sales tick up 20% in 2011, says Bowman. "Since the down market, we've seen lots of people cut staff. But we've got a lot of faithful clients."

SBA Young Entrepreneur of the Year

The winner of the Young Entrepreneur of the Year award, 29-year-old Mason Fuller also has an altruistic bent. When he's not running his small medical-equipment reseller Atlas Frontiers, he is counseling fellow Idahoans about starting businesses. "Once or twice a month, I meet with someone trying to bootstrap their business," he says. "Maybe it is just a Boise thing, but when I was getting started, there really wasn't anyone who denied me a meeting."

He's also been branching out in his counseling efforts. On Wednesday night, Fuller participated in a panel discussion about how the U.S. government can encourage entrepreneurship among the young.

But for Fuller, the fact that he now employs 17 people at a company he launched in 2005 after graduating from college also helped him land the SBA award. He expects Atlas Frontiers -- which resells used medical equipment like MRIs and dental sterilizers -- to pull in $3 million in sales commissions this year, up from $2 million a year ago. As for the award, "it is validation for what we've been working on for the last six years," says Fuller. "It's a big deal in Boise."