Why Experimental Marketing May Be For You

Diana Ransom
May 30, 2011 min read
Opinions expressed by Entrepreneur contributors are their own. 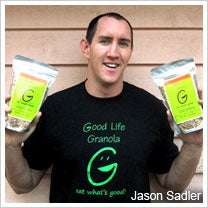 For startup business owners who are long on passion and short on cash, taking a chance on experimental marketing can offer the biggest customer finding bang for their buck.

What is experimental marketing? "Things may be experimental if you've never done them," says Alina Wheeler, a marketing consultant and author of marketing primer Brand Atlas: Branding Intelligence Made Visible. So by that definition, anything from hosting giveaways to using daily deal sites like Groupon or LivingSocial count, she says. But keep in mind that to find customers, originality also plays a role.

"An entrepreneur would be wise to identify an environment that's not cluttered -- where there can be a singular focus on your brand," says Wheeler. "At the end of the day everyone is dealing with scarce resources, so the best thing to do is be experimental."

Mike Freestone, the founder of Good Life Granola, agrees. Although the Holland, Mich., granola maker managed to attract a few local customers just after launching the company in October of 2009, that was the extent of his product distribution. Naturally, Freestone who also owns promotional marketing company, Freestone Design, wanted more.

Through Facebook and Twitter, Freestone learned about Jason Sadler of IWearYourShirt.com who wears company-branded T-shirts for a living. For a fee that now varies between $5 and $1,825 each day, or $5,000 for a month-long sponsorship, Sadler and four other T-shirt wearers will not only wear branded T-shirts, they'll stream three hours of live footage of them interacting with products over Ustream. The IWearYourShirt team will also produce five one to four minute YouTube videos, post pictures to Flickr and Facebook and send out constant updates over Twitter.

After following Sadler for some time, Freestone found himself buying the products he pitched. "His creativity drew me in," says Freestone. So when a month-long sponsorship opened up in December -- just three months after opening -- he pounced. For $2,500, which was the cost of a month-long sponsorship at the time, Good Life Granola was mentioned during each day’s Web broadcast.

As a result, Freestone's new business picked up 500 to 600 fans just during the month-long promotion. Sales for the fledgling firm also shot up 732 percent -- a big jolt even if the company had only logged minimal sales until then. Freestone’s granola even landed a mention on the Today Show as a result of the IWearYourShirt sponsorship. When Sadler appeared on the show, he passed along a couple bags of Good Life Granola to the reporter. That reporter then offered the granola as one of her "favorite things" for a different segment on the program.

"His show was a big part of launching our product," says Freestone. "It enabled us to get fans and customers throughout the states and beyond. Thirty days out, we were sending granola to people in Hawaii and California -- and we’re in Michigan."

Have you used any experimental marketing to find customers? Let us know what you did and how it worked in the comments section.