Next Article Add to Queue
John Shinal
June 7, 2011 min read
Opinions expressed by Entrepreneur contributors are their own. 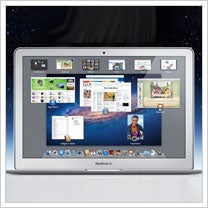 Apple is readying significant upgrades to its desktop Mac operating system and to the mobile software, known as iOS, that runs iPads, iPhones and iPod Touch devices.

Many of the new features will be helpful to entrepreneurs trying to cut costs by having employees work remotely.

The major product announcements made by Jobs and other Apple executives at the company's annual developers conference in San Francisco were focused on software, rather than on the nifty new hardware devices unveiled at previous shows.

The new version of Mac OS X, known as Lion, aims to remove the burden of saving, storing and retrieving all types of data – including text files, photographs, videos and presentations – from the shoulders of consumers by automating those functions into the software.

Without having to worry about saving a file or closing an application, Mac users who have to temporarily leave their desk and shut down their computer can now resume working in whatever application they were last using, at the point they left off, simply by turning the computer back on.

When combined with Apple's new free service feature, called iCloud, those files automatically can be saved, stored and made available to all Apple devices linked on the same wireless network.

The automated backup – among Lion's 250 new features -- will make it easier for remote workers using mobile devices to collaborate with co-workers back in the office. A related feature, called AirDrop, is a WiFi networking capability that will allow remote workers to set up wireless peer-to-peer networks and share documents in cafes, airports or wherever they're working at the time.

Those of you with long memories will recall that Apple's previous attempt at a personalized content service, known as MobileMe, was not the company's finest hour of user interface design.

Jobs acknowledged as much during his keynote speech when he said he understood why some of the developers in the audience might ask, "Why should I believe them? They were the ones who brought us MobileMe."

But once the laughter died down, Jobs said the company had "thrown out" the existing versions of its calendar, email and contact/address applications and started over from scratch for the Lion OS X upgrade.

The upgrade, which also includes a new "Mission Control" feature that makes it easier to manage multiple applications at once, will be available to existing Mac users for $29.99 beginning in July -- but only through the company's online Mac store, as Apple is phasing out using DVDs to distribute software. It will also come loaded on new Mac computer purchases beginning next month.

Among the most useful features of the new mobile software, known as iOS 5 and due out in the fall, is improved camera software that makes it easier to alternate between taking pictures on an iPhone and using the device's other applications. Notifications of incoming calls and messages are likewise less obtrusive to other apps.

Jobs surprised everyone when he unveiled new mobile messaging software from Apple, at a time when most iPhone users have one from rivals such as Google or Research In Motion. And, in a swipe at Google's Gmail service, Jobs noted that Apple's email has "no ads."

But some of the biggest applause of the event came when Jobs explained that all Apple mobile devices and their content could now be updated and synced without the need of a desktop computer.