Laura Lorber
June 15, 2011 min read
Opinions expressed by Entrepreneur contributors are their own. 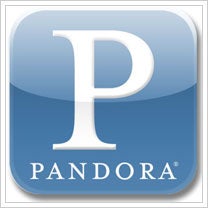 As Pandora Media Inc.'s share price soars on the company's initial public offering, following LinkedIn's lead, and with the Facebook and Groupon IPOs in the wings, it's a good time to reflect on what it takes to start and grow a new company.

Not only does it take a good idea -- Pandora grew out of the Music Genome Project, founder Tim Westergren's brainchild -- but also the passion for it, which powers the persistence needed to make the dream a reality.

When Entrepreneur Magazine's Jennifer Wang interviewed Westergren in 2008, this theme arose, perhaps inevitably given the challenges the profitless company faced and still faces. With Pandora's market cap now at about $2.5 billion, what he had to say back then may serve as some inspiration to other entrepreneurs still far from IPO glory.

". . . We launched right before the dot-com crater, so we lived through the worst years of that time. Probably the most basic thing was a bunch of us went without salary for almost three years and racked up some serious debt. That was one big adventure [laughs]. . .

"I, and all the people who did that, never stopped believing that [Pandora] was a good idea. There were certainly times when we were questioning whether we would make it over the top, but we never stopped being excited about the idea. And it was like we just needed to hang on long enough.

"We also felt a tremendous sense of responsibility and obligation to each other. You do become part of a team. I certainly felt that way about all the employees, and also all the folks who had invested in the company and had given their time to help us along: friends, family, advisors [and] customers.

". . .As crazy as that may sound, all those things have shaped us into who we are now. The reality is, the thing that we built -- this Music Genome Project -- it took a few years for the infrastructure around it to catch up, to be there so we could really realize its value. Those were tough years for everybody."

What should the current frenzy over Web IPOs mean to entrepreneurs?