Would You Give All Your Employees A Raise?

By Carol Tice June 20, 2011
Opinions expressed by Entrepreneur contributors are their own. 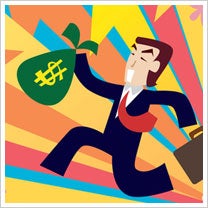 Raises have been few and far between in the past few years, but one company that broke from the pack recently is Google. The online-search giant gave all its workers a 10 percent raise this year.

That was the assessment of Stacey Carroll, director of professional services at the salary-data firm PayScale. Then she went to a presentation at a recent World at Work conference, where Google's human-resource team explained their reasoning.

Google's team presented at a session called "Using Statistical Research to Change Compensation Strategy." Here's her report on how Google decided to give its universal raise:

First, the company surveyed all of their employees, getting a 90 percent response rate. They asked about all the elements of the compensation package and how workers valued each one. Among the findings: Staff valued bonuses less than a boost in their base salary.

Then, Google went out to benchmark its performance against similar companies in its industry. They arrived at figures for what would represent the 90th percentile of pay for each position. The raise was primarily about that -- not rewarding individual performance, but keeping the company a most-desired workplace in its sector and not losing top talent to competitors.

"It was about raising all of their salaries to levels that exceed the competition's," Carroll wrote on the PayScale blog, Compensation Today.

I know what you're thinking: What about the slackers? Why should they get raises?

Underperformance is viewed at Google as a management problem, separate from compensation issues. Low performers are put on a performance-improvement plan. About one quarter improve their performance through this process, Carroll reports, while half end up being moved to a different role within the company that better suits them. The final quarter of underperformers ends up leaving -- usually on their own accord.

The end result: loser employees depart, so they don't end up getting the raise anyway. The majority of problem staffers improve performance and end up earning their salary bump.

Meanwhile, you can imagine the excitement and the retention gains reaped by instituting such a widespread salary raise. Some of that raise has to come back in recruiting-cost savings.

Would you give your staff an across-the-board raise? Leave a comment and tell us what you think.