By Diana Ransom June 21, 2011
Opinions expressed by Entrepreneur contributors are their own. 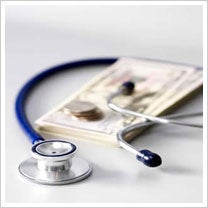 When the principal reforms under the health-care law go into effect in 2014, the smallest businesses may benefit the most.

A report out today suggests that employers with fewer than 50 employees are expected to reap substantial savings on their health-care costs in 2014, according to the Urban Institute, a nonpartisan policy research organization in Washington, D.C.

According to the study that consolidates the results of several Urban Institute studies, lower costs are due in part to the benefits of the health insurance exchanges, which will offer policies that have set premiums that don't vary based on age, marital status or health. Also, subsidies for the smallest firms offering employees insurance coverage are expected to help reduce costs. Note that employers with fewer than 50 employees aren't required to contribute to their workers’ health-care costs under the new law and wouldn't face a penalty if they didn't.

What's more, the smallest firms -- those employing fewer than 25 employees -- are expected to experience a significant increase in the number of insurance-coverage options per the health-care law.

Such a switch would stand in contrast to the traditional experience of small businesses. Not only have small firms traditionally faced higher premiums due to a limited ability to spread risk around a smaller pool of workers, the administrative burden of both shopping for a plan and supporting one on an ongoing basis have been obstacles.

As a result, small firms have historically maintained lower insurance coverage offer rates than large firms -- putting their recruitment and retention efforts at a disadvantage.

Although the Urban Institute report suggests that the health-reforms may in fact level the playing field for some small businesses, not all small companies would see such benefits.

Among other things, the study's authors expect that the number of insurance-coverage options available to firms with 25 or more employees will remain stable, and the number of those offered access to an employer-sponsored insurance policy will remain unchanged among companies with 50 or more employees. Then, the savings on premium contributions, which are expected to stem from reduced insurance costs as more and more people seek coverage, would be offset by employer responsibility assessments -- a.k.a., fines for employers with 50 to 100 workers that don't offer insurance. That new requirement is expected to result in a slight increase in total costs for this group, says the Urban Institute.

Further, a recent report from McKinsey & Co., which polled 1,329 private employers, found that 30% of companies surveyed would likely stop offering workers health insurance after the bulk of the law's reforms take effect in 2014. It found that companies would rather pay a fine and let their workers find their own coverage through health-insurance exchanges.

Will the health-care law help cut your company's costs? Leave a comment and let us know.