Why the Small Business Loan Fund is Falling Short

Diana Ransom
June 23, 2011 min read
Opinions expressed by Entrepreneur contributors are their own. 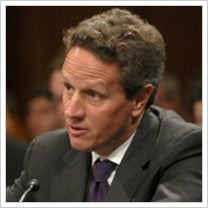 Remember that $30 billion small-business fund that was supposed to help shore up added capital for cash-strapped entrepreneurs? Ten months later and those funds still haven't made it out of the U.S. Treasury Department's coffers -- leaving many to wonder: Why the holdup?

In September 2010, when President Barack Obama signed the Small Business Jobs Act, which set aside $30 billion in a small business lending fund for banks with less than $10 billion in assets to lend to small businesses, owners and advocates alike cheered. But almost one year later, the law -- or at least that main component of it -- hasn't yet been fully realized.

U.S. Treasury Secretary Timothy Geithner yesterday announced that the Obama administration will soon start distributing funds from the small-business lending program. "We have begun notifying banks that have been approved for the program, and expect to begin providing capital very soon," Geithner said in an address to the House Small Business Committee.

In his response to committee members, Geithner explained that the slow pace was due to built-in safeguards that require each application to come under review. Not only must each application be reviewed by a bank's primary supervisor, the Treasury Dept. must also independently look at them. "And we're trying to be careful," he said. "So we're a little slower than we thought."

In spite of the snail's pace to get the fund ready to disburse loans, Geithner noted that interest among banks that are able to participate in the program -- smaller community banks and their ilk -- has been slim. So far, he said, banks have only requested about a third of the available funds, or about $11.6 billion. In total, the Treasury department has received just 869 applications for the program, out of an available pool of roughly 7,700 lenders that are eligible, noted Geithner.

The reason? "The vast majority of community banks are already well-capitalized," says Paul Merski, the chief economist and executive vice president of the Independent Community Bankers of America, a business association that counts about 5,000 community banks as members.

In addition, demand for small business loans remains weak, says Merski. "You're not going to pull down capital unless you have loan demand," he says.

Then the requirements attached to the program make it less palatable for banks. For instance, under the program, small banks that participate are required to repay the loans at varying rates of interest -- between 1 percent and 5 percent. Banks start out by paying 5 percent, but those that raise their loan levels by at least 10 percent pay as little as 1 percent in time. By contrast, banks that increase their lending by less than 10 percent can pay rates between 2 percent and 4 percent.

It goes back to the lack of demand issue, Merski says. "Banks don't want to get stuck paying interest on capital they're not able to use. It's a carrot and stick."

What do you think? Better late the never? Leave a comment and let us know.

How to Increase the Lifetime Value of Your Online-Course Students

3 Trends Shaping the Future of the Consumer Goods Industry

Whatever You Do, Don't Go 'Back to Normal'

4 Tips for Holding Onto Customers During the Pandemic

'The Alignment Factor': The Keys to Internal Alignment