By Mikal E. Belicove June 28, 2011
Opinions expressed by Entrepreneur contributors are their own. 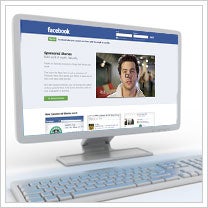 Facebook has a new ad platform that will really get users talking.

Facebook has always viewed itself as an instrument that socially connects consumers with brands. But with Comment ads, users are able to talk back. Here's how it works: Advertisers simply ask a question beneath their advertisement -- and, if compelled, users respond. When a Facebook member leaves a comment, the resulting conversation appears in that user’s News Feed in the right-hand column where their friends can join in on the conversation. As a result, the brand earns views, clicks and exposure of its content at no additional cost.

At present, the platform is only open to premium advertisers like Hallmark and Allstate. But down the road, Comment ads could open up to advertisers of all sizes -- making now an opportune time to get a feel for the platform and gauge its efficacy with Facebook users. 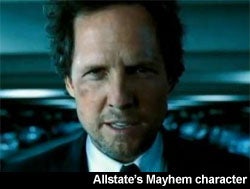 Allstate's Comment ad, for instance, shows its popular Mayhem character destroying a car’s interior. The brand then asks: “I’m a cranky toddler. What’s the worst thing your kid’s ever done in the car?” That might spark memories of lengthy road trips as a child -- bringing to mind a long-dormant vignette that a Facebook user might relate in the ad’s comment box.

In that fashion, Comment ads differ from others because they ask users to become participants in the dialogue associated with their brands. It’s not about telling your audience what to think, or ramming your brand down their throats. It’s less intrusive. It’s like visiting an aunt who, after pouring your tea, says: “Let’s chat about your recently diagnosed sensitivity to wheat and gluten.” (If the tea is Bigelow’s Constant Comment Gluten-free Tea, then so much the better.)

Ad recall, engagement and the potential for a user to recommend a brand is high for advertisers using Facebook's Sponsored Stories ads like Comment. According to San Francisco-based digital advertising agency TBG Digital, Facebook Sponsored Stories ads have a 46 percent higher click-through rate, and are 18 percent more cost-effective on a per person basis than Facebook’s standard ad units.

Would the opportunity to spark a conversation with potential customers on Facebook give your business a lift? Leave a comment and let us know.