How Much Should Business Owners Get Paid?

By Carol Tice July 5, 2011
Opinions expressed by Entrepreneur contributors are their own. 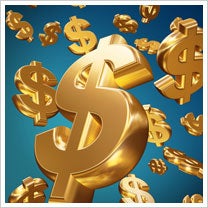 No matter if the economy booms or busts, there's at least one thing you can consistently count on: CEO pay will rise.

Labor unions have made much of how executive pay has ballooned at the major public companies over the years -- particularly in relation to worker pay. In 1980, a typical company head made 42 times an average worker's pay. Last year, it was about 343 times that figure.

How does that number make you feel -- outraged? Or maybe happy for the top guy who's cashing in big?

When I read about mega-million-dollar pay packages, I think: How many millions does any one person need to earn in a single year?

One might argue that these big-company bosses would do better by investing more in rewarding their staff, driving better business growth and in the end better pay for all. Can it really be good to drain the business of that much cash, all to one person?

Henry Ford famously paid workers enough so they could save up and buy a Model T. But many companies these days seem to have forgotten this vital equation -- if workers don't have spending cash, the economy flounders, as there aren't enough buyers.

Although many companies have been shedding employee benefits have for decades, not every company thinks that course is sustainable. Take, for example, special events-production company Red Frog Events, which recently won a small business of the year award from the U.S. Chamber of Commerce.

The 100-employee Chicago-based company took home that prize, in part, because of its lavish benefits packages.

The company offer workers unlimited vacation days, pays 100 percent of their healthcare premiums, offers a month of sabbatical every five years, free lunch on Mondays and free dinner if they have to stay late, says Red Frog's chief innovation officer, Greg Bostron. In sum, the workplace is a creative, fun place where meetings are held in a tree house.

So it's no surprise that the company -- which puts on unusual footrace events -- is growing. They're able to attract top talent and workers rarely leave. They've grown to $60 million in revenue in just four years.

While not every small-business owner can afford to provide similarly lush benefits, they also don’t typically take home eight-figure paychecks either -- often putting their pay on a more even keel with workers. That likely also helps as owners are usually there on the front lines, looking workers in the eyes every day.

Maybe big-company CEOs should have to do more of that.

Do you think the ratio of worker to owner pay matters? Weigh in with your opinion.