Cellphone Hacking: Could it Happen to You?

Diana Ransom
July 8, 2011 min read
Opinions expressed by Entrepreneur contributors are their own. 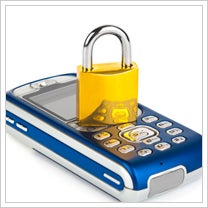 If the cellphone hacking scandal that caused the downfall of Britain's best-selling tabloid, News of the World, made you wonder about your own vulnerability, consider these statistics.

Globally, telecommunications-fraud losses, which includes cases of mobile-phone fraud, were estimated to hit $72 billion to $80 billion in 2009, up 34 percent from 2005, according to a 2009 survey of security experts from the Roseland, N.J.,-based Communications Fraud Control Association. Hacking alone accounted for $3.2 billion in losses for the telecom industry, says CFCA.

What's more, the problems have likely only expanded as smartphone use has escalated. In the U.S., smartphone ownership grew 60 percent from 2009 to 2010. And then from 2010 to 2011, the increase was 42 percent, according to Javelin Strategy & Research's July Second Annual Antivirus, Browser, and Mobile Security Report.

The uptick is significant because analysts had long suggested that cellphone insecurity wasn't a huge threat because each phone and service provider offered different operating systems -- making the creation of malware for mobile phones tricky. But as the devises proliferate, the category will become increasingly fruitful for fraudsters, according to Boaz Bechar, a vice president of business development at the Tel Aviv-based security firm, Humbug Telecom Labs, which works with international service providers.

To protect yours and your company's data here are three mobile phone security tips to consider:

Lock it up. At the very least, make sure your phone and keypad are password protected, says Bechar. On some phones, you might even enable a so-called lock-out in which the phone locks itself after a set stretch of inactivity. "That way, if someone steals your phone, they can't access your information," he says. Then, make sure that you use strong passwords that are long and difficult to ascertain. They should also be completely different than the passwords you use for your banking and online accounts. And absolutely do not program your passwords into your phone.

Make sure your voicemail password is also hard to crack, says Bechar. Even if you're not worried about someone eavesdropping on your phone calls, fraudsters can certainly drain your bank account if you're not wary. The code should be six to eight digits and don't even consider using 1,2,3,4,5,6,7,8, he says. You might even call your provider and disconnect your ability to remotely check your messages.

Watch that app. Last year, more than one million of China's cellphone users were infected with a virus that automatically sends text messages. How did they catch that virus? They downloaded an antivirus application that they thought would help protect them against hackers. If you want to download encryption software, do. But just make sure it's from a reputable seller. Bechar adds that sticking to apps in, say, Apple's App Store, which certifies its apps, can also be a good idea.

Keep it clean. Depending on what kind of phone you have, different applications can be used to help you remove your information remotely. For instance, MyMotoblur can erase your data from Motorola devises. Before you sell or discard a device, make sure you erase it then, too.

The New Need for Robots, AI and Data Analytics in Supermarkets

Strange Bedfellows? What Tech PR and Sci-Fi Have in Common