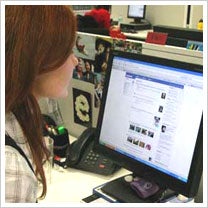 Conventional wisdom alleges that if your company’s target customer is highly engaging, community oriented and relationship-minded, then marketing over Facebook makes sense for your product or service. But why is that?

The answer might be in a just-released report from the Pew Internet & American Life Project that delves into how people’s trust issues, personal relationships and civic and political involvement are affected by their use of social networking sites. That study found that 79 percent of American adults now use the Internet and nearly half of those (47 percent) say they use at least one social networking site.

The most popular social networking site is Facebook, with 92 percent of those who network socially online preferring that site. Following Facebook is MySpace (29 percent), LinkedIn (18 percent) and Twitter with 13 percent.

Most intriguing is the study’s finding that Facebook users are especially trusting, with those who use the site multiple times a day being more than three times as likely to “trust others" than non-Internet users are. Facebook users also maintain closer relationships, averaging nine more “close ties” to people in their network compared to other Internet users. And the report claims Facebook users receive more social support than others.

The study, called Social Networking Sites and Our Lives, contains a gold mine of information for entrepreneurs desiring to measure up their potential social media-using audience to non-users of social utilities. For instance, the survey shows that on any given day, 15 percent of Facebook users are updating their own status while 22 percent are commenting on another’s post or status. Twenty percent of Facebookers comment on other’s photos daily, 26 percent “Like” another user’s content, and 10 percent send private messages to another user.

Not surprising is a finding that those who frequently use Facebook are far more politically engaged than most people. These Facebook users were 43 percent more likely to have said they would vote than most Americans.

The report concludes there is little validity to concerns that those who spend much of their time on social networks are socially isolated, lack community involvement or social support. Instead, social networking site users represent an enormous customer base, and if your customers are prone to online engagement, so too should your business.

On the other hand, if your demographic is more business-minded, singularly focused on finding a solution and moving on, I say chances are you’re not going to “win them over” based on your Facebook-related activity.

In those instances, I recommend that Facebook take a back seat to more traditional sales and marketing activities, such as sales calls, user conferences, publishing and distributing case studies and white papers, participating in trade shows, and conducting direct mail campaigns.