Carol Tice
Owner of Make a Living Writing
July 14, 2011 min read
Opinions expressed by Entrepreneur contributors are their own. 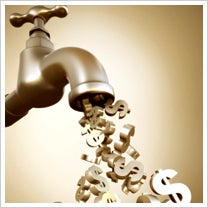 With little fanfare, the U.S. Treasury Department finally began releasing funds from the $30 billion Small Business Lending Fund. That fund, which was authorized by the Small Business Jobs Act of 2010, was signed into law last September.

But only $123 million has been disbursed -- and only just half-dozen community banks around the country have received funds last week.

The Small Business Lending Fund was created to help small businesses overcome lending challenges by providing capital to community banks with less than $10 billion in assets. Community banks are said to be better-equipped to make small business loans because they tend to rely on relationships and may have a better idea about whether a business owner is a credible risk. Plus, these banks weren't as exposed to home mortgages, which entangled so many of their larger counterparts.

Admittedly, this is the "first wave" of capital provided by the Small Business Lending Fund. As of the end of June, the Treasury Dept. had received 869 applications amounting to an $11.6 billion drawdown from the program. But seeing the trickle of funds coming through, one has to wonder: Is it too little -- and too late?

No one quite seems to know. One thing's for sure, it could have happened more quickly. Senators who pushed for the fund have been hopping mad over the foot-dragging for months. Back in May, Sens. Jeff Merkley (D.,Ore.) and Barbara Boxer (D.,Calif.) were writing Treasury Secretary Timothy Geithner basically pleading for the loan fund to be implemented pronto.

About two months later, the tap finally has started to turn, a move applauded by community bankers.

There was no announced schedule of when the rest of the money will be in bankers' hands -- only a vague statement from Treasury that additional announcements about the Small Business Loan Fund will be "made on a rolling basis in the weeks ahead."

Would your business benefit if community banks were better funded? Leave a comment and let us know.

What's Next for the Unluckiest Generation?

Private Equity Investors Are Expecting a Tsunami of Deals – How Long Will It Last?

The 6 Best Ways for Solopreneurs to Manage their Books