Under-30 Treps in the Washington Spotlight

By Diana Ransom July 13, 2011
Opinions expressed by Entrepreneur contributors are their own. 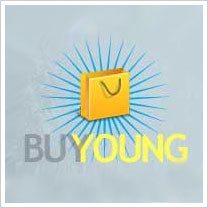 Young entrepreneurs are finally getting some respect on Capitol Hill.

More than 100 of the nation's young CEOs met with members of Congress and the White House in Washington, D.C., today to ring in the launch of the "Buy Young" initiative, which aims to prop up the businesses of young entrepreneurs.

The campaign, which is the handiwork of OUR TIME, a nonprofit organization aimed at empowering young adults, offers a centralized marketplace for hundreds of companies founded by Americans under the age of 30. At the site, OurTime.org/buy-young, interested consumers will have 30 days to access discounts of at least 30 percent off their purchases.

The D.C.-based nonprofit will also serve as a jobs board, both for vendors interested in hiring and for job-seekers who are looking. Our Time boasts a membership of more than 300,000.

The initiative, which has garnered support from companies the likes of Living Social, Gilt Groupe, WordPress and CollegeHumor, reinforces the notion that young Americans are major contributors to the success of the U.S. economy and key drivers of job creation, says OUR TIME's co-founder and CEO, Matthew Segal. But they're still a relatively "untapped resource," he says.

Perhaps that's why political and business heavyweights came out to welcome the youthful CEOs. Among others, House Minority Whip Steny Hoyer (D., Md.), Sen.John McCain (R., Ariz.) and the U.S. Chamber of Commerce's Margaret Spellings, who is also the president of the chamber's U.S. Forum for Policy Innovation, engaged the CEOs in discussions on issues ranging from job creation to barriers for small-business growth.

IAC Chairman Barry Diller also joined in on the day's festivities, as did senior administration officials, the White House Business Council and the Small Business Administration.

Why do you think young entrepreneurs are being given court? Leave a comment and let us know.