The Benefits of Bringing in an Advisory Board

Whether you have a startup or an established business, outside expertise can help you grow.
Next Article 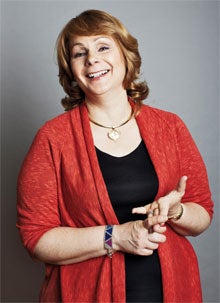 I'm starting a new business. Do I need an advisory board?

Short answer: Absolutely. Silicon Valley startup guru Cynthia Kocialski says just about every company can benefit from retaining a group of advisors with pertinent expertise in the company's product, service or industry. The sooner, in fact, the better.

"They should establish them right out of the chute," says Kocialski, who has started three companies, advised others and written Startup From the Ground Up: Practical Insights for Transforming an Idea into a Business. "Early on, they simply don't have the resources to hire every possible job function that they need."

But entrepreneurs need a sound strategy when choosing advisors who can guide them through their launch and into profitability. You'll want enough advisors, but not too many. You'll want advisors who are proficient in individual facets of your business and those who know the industry's big picture. And you'll want to make sure your advisors know exactly why they're being brought onboard.

How many? About six, Kocialski says­--not 62, as one entrepreneur she spoke to recently retained.

"How do you keep the names straight, much less keep them all up-to-date on what they need to know?"

Kocialski says. "She had more advisors than she had employees. That's not a good equation."

Likewise, Kocialski advises, vet your advisors so you can be confident that they're not overburdened. If you learn that a would-be advisor also serves that role for two dozen other companies, you might think twice about whether he or she will be available to focus on your needs when the time comes.

When recruiting advisors, look for the holes in your business. Kocialski says to focus on the jobs not already being done by an expert on your payroll. "Advisory boards are for whatever you don't have," she says.

Be aware that the wrong advisor could doom your venture. If you retain an advisor for her connections to potential customers, be sure she's willing to reach out to them on your behalf. "It's important to let advisors know exactly why you want them," Kocialski says.

Worst-case scenario? You put a high-profile venture capitalist on your advisory board and the big-shot VC opts not to take a stake in your next round of financing. "That's going to send off little warning bells to the other guys," Kocialski says.

Finally, once you've retained your advisors, don't feel obligated to keep them around forever. As your business evolves, Kocialski says, so should your advisory board: "The early stage advisory board is not the same one you'll need five or six years from now."