From Business Idea to Successful Startup in Three Months

By Jennifer Wang July 26, 2011
This story appears in the August 2011 issue of Entrepreneur. Subscribe » 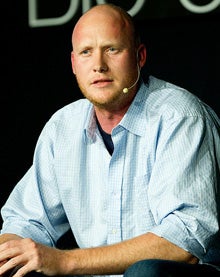 You can build a company pretty fast these days, but Zaarly took even the startup world by surprise.

Within six hours of the 54-hour Los Angeles Startup Weekend competition in February, Bo Fishback, former VP of entrepreneurship at the Kauffman Foundation, along with early-stage startup veterans Ian Hunter and Eric Koester, had cooked up an idea for the world's first cash marketplace--something that could potentially change the future of commerce.

4 Reasons Why Validation is Important to Your Franchise System

Is It Time To Buy High-Growth Stocks?