Why Facebook's Friends May Fade

By Mikal E. Belicove July 22, 2011
Opinions expressed by Entrepreneur contributors are their own. 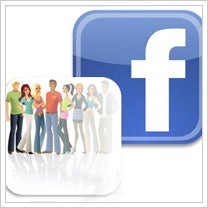 This won't come as welcome news to the folks at Facebook, but its customer-satisfaction ratings aren't much to boast about.

Among its social-media peers, Facebook landed at the bottom of the keeping customers-happy list, according to the 2011 American Customer Satisfaction Index E-Business Report. With a score of 66 out of 100, only airlines, subscription TV and newspapers fared less favorably with consumers.

If you're unfamiliar with it, the ACSI E-Business Report enables businesses to track customer satisfaction in three categories: social media, portals and search engines, and online news. And -- as in last year's report -- social media sites continue to lag significantly behind other e-businesses in maintaining consumer satisfaction rankings. The category earned a paltry 70 score out of 100.


While Facebook remains at the bottom of the heap, the social-networking utility did actually make a modest 3 percent gain over last year's score of 64. ACIS surmises that Facebook's size domination might be a factor in the improved figures. After all, Facebook is approaching one billion users. Wikipedia and YouTube scored 78 and 74 in the latest report, respectively.

So what does this mean for you and your business?

In my experience, consumer dissatisfaction with e-businesses comes from user concerns about their privacy and security. They also appreciate when businesses understand the difference between social networking and social selling -- generally, consumers don't like hearing a sales pitch when they're not expecting it.

Keeping these and other concerns you're aware of in mind when developing and executing your business-communications strategy is key. And it's more important now than ever. If you're old enough to remember when email first emerged and then evolved as a marketing tool, you'll recall that similar concerns surrounding spam, phishing, viruses and formatting plagued consumers right from the get-go. My thinking is that as email evolved to include certain protections and standards, so too will social media-related platforms, but only you -- the business owner -- can set the tone surrounding the proper mix of social networking and social selling.

Even though Facebook remains the dominant player in the social-media spectrum, the ACSI study does suggest that they may need to worry, as users have few other choices for social interaction. In particular, the recent launch of Google+, a social networking platform that boasts an enticing video-conferencing feature, among other things, is expected to give Facebook a run for its money.

And, since Google routinely scores at the top of the ACSI report in the search engine and portals category -- climbing to an astounding 83 rating in customer satisfaction this year -- a continued poor showing by Facebook could give Google the leverage it needs to topple the social-networking giant.

Do you think Google+ will knock Facebook off its perch? Leave a comment and let us know.