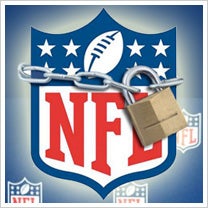 Now that National Football League and players have reached an agreement on a new 10-year labor deal that officially ends the lockout, at least one person thinks the four-month-long negotiation process offers lessons for small-business owners.

"What the NFL has done here, is to keep focus first on the fan experience, with the belief that everything else that's good [about the business of football] will fall into line after that," says Roger L. Martin, author of Fixing the Game: Bubbles, Crashes, and What Capitalism Can Learn From the NFL (Harvard Business Press, 2011). Martin is a co-founder of Cambridge, Mass.-based strategy consulting firm Monitor and serves as dean of the Rotman School of Management at Canada's University of Toronto.

"That's a recipe for success for any business," says Martin.

An executive committee of players and team representatives voted today in favor of a version of a proposal that was agreed on by the owners last week. Issues that were ironed out in the new collective-bargaining agreement include a new revenue split between owners and players, a $120 million annual salary and bonuses cap per team, plus new salary rules for first-round draft picks.

A number of teams are expected to open for preseason workouts as early as Wednesday.

Here, Martin runs down the top three lessons small-business owners can learn from the NFL lockout:

1. Make customers your primary focus. The changes the owners proposed in the new collective-bargaining agreement are intended, at least for the most part, to help improve the fan experience, Martin says. For instance, the new rookie wage scale helps protect owners from having to spend top dollar on unproven players, which could cripple teams' performance and financial flexibility if he turns out to be a bust.

"Pay attention first to the customers, and the shareholders should do fine," he says. "Profit and revenue follow what you do for your customers."

2. Stick up for what you believe is best for business. The lockout might have gone down to the wire, and attracted some negative press, but Martin says it was worth it for the owners to stand behind their position. "This has been a miserable, long lockout that brought a ton of bad publicity for the NFL, but you have to fight for what you think is right for your customers," he says. "The only loss for the fans was the cancellation of the Hall of Fame game."

3. Know when to compromise. "In the end, you can't have everything you want," Martin says. "The owners wanted to expand the season to 18 games, to expand free agency to six years, but didn't get that. Bottom line, if you have your customer top-of-mind, you'll be able to figure out what's smart to compromise on and what's not."