How three entrepreneurs got their start in the growing niche business of love.

Sipping a whiskey on the rocks, Thomas Edwards, 26, listens intently to a man across the bar in Manhattan's bustling Union Square area.

"I have no idea where to meet or even talk to new people," confesses the man, who arranged this private meeting with Edwards. "I'm desperate. I need help figuring this dating thing out." 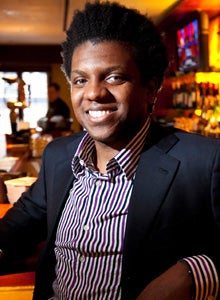 Dating is something Edwards knows a thing or two about. In 2009, the Boston native ditched his day job as a hotel manager and put his social prowess to work to launch The Professional Wingman, a dating-consultation service. Edwards’ clients pay him an average hourly rate of $150 -- and up to $3,000 for a six-month program -- to accompany them to social events and provide advice about how they can reach their social goals.

If you've ever seen the 2005 movie Hitch, then you probably get the idea. Actor Will Smith plays Alex "Hitch" Hitchens, who coaches clients on the art of dating. In the movie, Hitch says: "No matter what, no matter when, no matter who -- any man has a chance to sweep any woman off her feet. He just needs the right broom."

"I couldn't agree more," Edwards says. "The difference between those who are successful at dating and those who aren't is a matter of preparation. People who are prepared are more likely to take that action. And that's what wingmen do for their clients -- prepare them for the moment when it matters."

Related: Dating Sites For -- and By -- Entrepreneurs

The dating coach market is a mix of multimillion dollar dating businesses and one- or two-person operations that market themselves primarily through word-of-mouth and their websites, says Angel Donovan, a former analyst who co-founded DatingSkillsReview.com. Among the types of businesses in this market are professional wingmen, dating coaches, relationship advisors, as well as professional pickup artists. While dating coach businesses often focus on helping clients find healthy relationships, pickup artists traditionally have had a more aggressive philosophy aimed at getting clients to "hook up."

Dating coach services can include one-on-one coaching, virtual coaching, seminars, books and other products, says Donovan. Prices can range from $100 an hour for coaching services to more than $10,000 for group learning "boot camps" and other long-term programs.

Donovan says he has collected information on more than 500 businesses worldwide that offer dating coach services -- with almost 350 of those operating in the U.S. And the number of these businesses has surged since 2005, following Neil Strauss' New York Times bestselling book The Game.

Edwards dreamed up the idea for The Professional Wingman in 2008 after a relationship went sour and he started blogging about relationships and his personal experiences. Readers began contacting him, asking for dating advice. He figured there might be a business opportunity in doling out relationship advice.

He was right. Within three months of starting The Professional Wingman, Edwards was pursuing the business full time with clients across the U.S. In January, he moved to New York City to focus on a growing client base there. He recently hired two employees, "co-wingmen," for clients in Boston and Washington, D.C. Edwards has been in a steady relationship for nearly two years.

Related: A 21st Century Spin on the Matchmaking Business

Since starting out, Edwards says he has worked with more than 250 clients. Revenues are on pace to increase more than 130 percent this year over 2010, Edwards says. "There's a bigger demand for this type of service than people might think," he says. "I can give active feedback and have my clients make adjustments on-the-fly. People appreciate that."

Like Edwards, fellow New York City dating specialist John Keegan got his start following a difficult break-up. Newly-single, Keegan made a plan to initiate a conversation with five different women every day for three weeks and ask each for their phone number. The experience led him to launch The Awakened Lifestyle, a dating- and social-consulting service, in 2007. 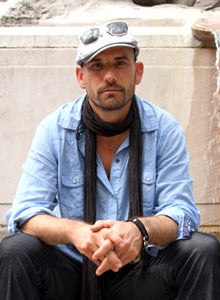 "The biggest thing I do is help men really like themselves and have fun being themselves while doing what they were born to do -- connect," says Keegan, who is 37.

Keegan prefers working with clients in everyday locations, including cafes, bookstores and art galleries, to help clients make connections while in their day-to-day routines. "We can meet interesting people anywhere -- on a park bench or even the middle of a crosswalk, or a subway car or in line at the bank," he says.

Keegan -- who is single but actively dating -- says the majority of his New York City-based customers opt for his six-week program, which includes two-hour meetings two times a week. His fee for the program is $8,000 per client. He says he works with about 20 clients each year.

And then there's Los Angeles-based dating coach David Wygant, who advises clients to focus on four key techniques: Observing, reacting, speaking authoritatively and then listening. “I teach my clients how to be great conversationalists,” says Wygant, who has been a dating coach since 1997.

Related: Is Your Business Taking Over Your Marriage? 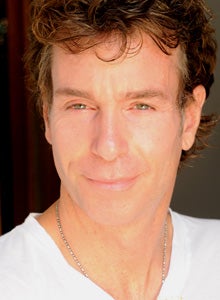 Wygant’s business includes one-on-one coaching -- his fees range from $300 per hour up to $13,000 for longer term projects -- as well as selling his books, ebooks and downloadable audio files. He has three employees and a number of interns who manage his marketing and other back-end operations. Wygant hires an additional coach who helps out with his bootcamps and seminars. Like Edwards and Keegan, his clientele is made up of both men and women.

At age 49 and currently in his second marriage, Wygant says his life experience gives him an advantage as a dating specialist. “A lot of my clients are younger," he says. "Although they may be good at being attractive and picking people up, they haven't been through the relationship gamut. Anyone can do it, but relationships take work."