By Carol Tice August 17, 2011
Opinions expressed by Entrepreneur contributors are their own. 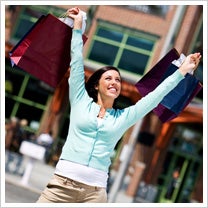 It's been an ugly year...for many small retailers, that is. When it comes to national chains, some have floundered, too. But a few have kept right on growing.

How did the hottest chains thrive despite the nation's economic malaise?

Here's a look at some of the success strategies of the retailers who made the National Retail Federation's 2011 Hot 100 Retailers list for the fastest-growing companies based on 2010 vs. 2009 sales, as published in Stores magazine:

Diversify. Top winner Ascena Retail Group was formerly known as Dress Barn. In late 2009, it acquired two tween brands, Maurices and Justice to provide variety to its demographics, which historically ran to middle-aged women. This allowed the company to capitalize on growth in multiple apparel niches, including tapping into teens' disposable income.

Combine low price with high perceived value. Fresh & Easy Neighborhood Market was able to grow its sales 38 percent with an emphasis on fresh, organic food delivered at lower prices. (This chain also has the benefit of deep pockets in driving its expansion -- it's owned by British conglomerate Tesco.)

Serve a growing niche. Bodega Latina is well-positioned in serving our nation's growing Hispanic population with its El Super chain. The company saw more than 32 percent growth in sales, in part through expansion -- it entered Nevada in 2009 and added four new California markets last year.

Be the coolest. Apple continued to develop in-demand products with its legendary design team and sell them in stores that are a design experience, too, while expanding its retail chain to over 300 units. Sales per square foot are a retailer's dream at nearly $6,000 per square foot.

Think bargains, bargains, bargains. Discount-everything purveyor Overstock.com was hopping with a 24 percent increase in annual sales. It's become so well-known it's rebranding as simply O.co, as it plans more international expansion.

How will you keep your business growing this year? Leave a comment and tell us your plan.