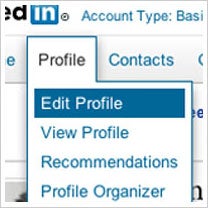 Adults have long used social media sties like Facebook, LinkedIn and Twitter. But the number of adult Internet users who now claim they use those and other social networking sites has more than doubled since 2008, according to a new report released late last week.

For business owners who already use social media to market their brand or engage with customers, this data isn't all that surprising. But for those who may have been on the fence about using social media or who only use the sites occasionally, this news may drive you to rethink that strategy. At the very least, if your existing communications plan is more than two years old, you might want to drag it out, dust it off and revise your outdated information.

Here are a few demographic updates to consider:

More adults use the sites daily. Forty-three percent of online adults said they access social networking sites on a daily basis, up from 38 percent just one year ago and 13 percent in 2008, says the Pew survey. Only email (61 percent) and search engines (59 percent) are used more frequently on a typical day than sites like Facebook, LinkedIn and Twitter.

Women use social media more than men. The latest Pew survey also shows that social media use remains highest among women and adults under 30 years of age. Women between the ages of 18 and 29 top the list as the most frequent users of social media sites. Further, women use social networking sites more than men, with almost seven in 10 women online using them today compared with six in 10 online men. And 48 percent of those women are daily users, while only 38 percent of men sign on daily.

Gender and age are the biggest determinates of social media usage. As far as other demographics are concerned, the report shows little difference in the use of social media based on race or ethnicity, household income, level of education, or whether the respondent lives in the city or the suburbs.

Older adults make up the fastest-growing segment of users. Those over the age of 50 are using social media in ever greater numbers these days. So if your marketing plan doesn’t take that shift into consideration, then you might just want to revise it. Because if you’re still kowtowing to computer kids, your company’s marketing strategy may be as dated as a rotary telephone.

What demographic changes have you made to your company's communications strategy lately? Let us know in the comments section.