How to Navigate the New Patent Law

Diana Ransom
September 16, 2011 5 min read
Opinions expressed by Entrepreneur contributors are their own. 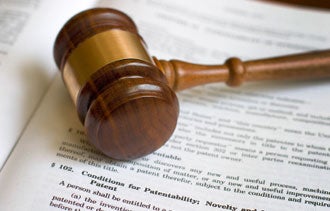 No matter who you talk to, most people agree: The nation's age-old patent system needed an overhaul. But now that it's a done deal, new challenges are surfacing that may make it harder for entrepreneurs and small-scale inventors to get patents.

Bringing an end to a long history of bungled reform attempts, President Barack Obama today signed a sweeping reform bill into law that promises to change the system for determining priority for inventions at the U.S. Patent and Trademark Office. Formally known as the America Invents Act, the law also aims to shore up more financing for an agency that's suffered through years-long applications backlogs and out-of-date computer systems.

"I think it's a positive move," says Gary Griswold, the former Chief Patent Intellectual Property Counsel for 3M and spokesman for the Coalition for 21st Century Patent Reform, a business lobby group based in Washington, D.C. "It provides for higher quality patents and a more rapidly performing Patent Office."

Many other organizations agree that the reforms will help reduce the time it takes to get a patent and tamp down on the number of frivolous patents. But many small-business owners and inventors remain largely unconvinced that the new law will carry any benefits for them.

"I can go to my garage and build a better mouse trap. That's the American dream I know of," says Bob Schmidt, the founder of Orbital Research, a small flight-controls maker in Cleveland. "I call this Act the ending of the American Dream Act because it will. It makes it impossible for small inventors to compete anymore."

Specifically, Schmidt -- who holds a number of patents and has as many as 100 pending -- takes issue with a provision in the new law that changes how patents are awarded. Instead of the "first to invent" system that has long been the standard for getting a patent in the U.S., the new law awards patents on a "first to file" basis. The hope is that the move will help simplify the patent process for companies aiming to file applications in multiple countries, which use the "first to file" system.

The risk is that the cost for filing a patent through the new system could drive overall costs higher, and, in the process, favor bigger companies that can afford to file for patents more frequently. Here's how: under the former, first-to-invent system, there was a one-year grace period that gave inventors time to perfect their inventions. They could also line up investors to help cover the cost of securing a patent or to cover the cost of launching the new product. During that period, an inventor might decide to forgo getting a patent if he realized there was no market for the new invention or manufacturing was too cumbersome or expensive, says Alec Schibanoff, the executive director of American Innovators for Patent Reform, an inventor advocacy group in New York.

But in the new, first-to-file system, inventors who want protection must shell out for a patent -- even if they don't end up bringing the invention to market. "This is not only costly -- not every independent inventor or small business has $7,000 to $10,000 to cover the cost of filing a patent application -- but it will result in the filing of more patent applications," says Schibanoff whose organization estimates that the patent office has a current backlog of roughly 700,000 patent applications.

Further, critics suggest that small-scale inventors will likely face added challenges to their patent applications thanks to a provision in the new law that creates a second method by which a patent can be challenged. This "post-grant review" process, which gives the Patent Office another opportunity to inspect granted patents, could push the cost of securing patents higher. The bill for securing a patent can already run upwards of $10,000.

Given these dilemmas, small-scale inventors and entrepreneurs are being forced to consider new ways to either get a patent passed or go without. Here are three tips for protecting new inventions going forward: