How One Small Company Outsourced IT to a Cloud-Computing Platform 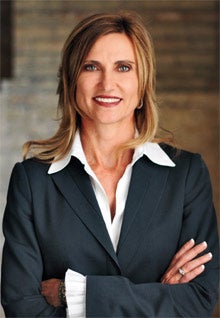 There's really no such thing as a typical day at the office for most Salo employees. The majority of staffers rarely set foot inside the firm's downtown Minneapolis headquarters. Salo provides finance, accounting and human resources staffing and placement services to customers across the Twin Cities region, outsourcing workers on a permanent and an interim basis. That means the Salo team exists in a state of near-perpetual motion--a challenging IT proposition even in the age of constant connectivity.

At the same time, the desire was to end Salo's reliance on multiple IT service providers by aligning its network support, PC support and application support demands under one umbrella.

So Salo did some outsourcing of its own, handing off its IT responsibilities to Waltham, Mass.-based hosted services provider mindShift Technologies. In June the company introduced cloudShift, a portfolio of cloud-based infrastructure and application solutions optimized for the small-business segment.

The cloudShift computing platform encompasses everything from browser-based data storage to web applications to remote-access tools--mindShift hosts it all on its secure servers, relieving clients of the burdens of on-site IT management and upkeep.

"We provide enterprise-class IT services to companies that previously couldn't afford them," says mindShift chairman and CEO Paul Chisholm. "Small businesses no longer have to purchase all the hardware and software products they might need. Those days are gone."

Sounds simple enough, but the reality is that most small businesses remain skeptical and even confused about the cloud-computing model. A Zoomerang study conducted earlier this year found that just 10 percent of small businesses have deployed cloud-based systems--47 percent are not yet familiar with the cloud approach, and 25 percent have heard about the cloud but don't know what it is.

"The concept of the cloud isn't new, but today's higher bandwidth and improved web interfaces are more conducive to doing business this way," Chisholm says. "You don't have to turn your business upside down. You can grow into the cloud as you want, taking different components and moving what makes sense. Most of our clients do it one component at a time."

MindShift bills for cloudShift services on a subscription basis, charging a monthly flat fee based on the number of users as well as which solutions the client selects. Basic e-mail support generally costs between $6 and $11.50 per mailbox, per month. At the other end of the spectrum, companies who move all their IT services to the cloudShift platform can expect to spend between $50 and $100 per user each month.

MindShift data centers are spread out across the U.S. to ensure backup and availability, and the company keeps a 24/7 watch on its network and equipment. Clients also can call its customer care center if and when trouble brews. "For a small business, it's much more affordable than hiring two or three IT people to do everything in-house," Chisholm says. "And when something happens, we immediately help solve whatever issues you may have."

Doll-Kiefer admits that moving to the cloud can pose challenges. "Salo is a high-touch organization. We're used to having someone on staff we can run to when there's a problem," she says. "MindShift put two people on-site for three months during the [cloudShift] implementation, and it was hard to say goodbye when they left. But we got past it quickly. Contacting customer care is as quick as asking someone on-site."

The benefits of the cloud far outweigh the drawbacks, Doll-Kiefer says: "We used to devote so much time and effort to keeping up with multiple service providers. We don't need to do that anymore. We don't have to figure out where an issue is and who's in charge. Now we always know who's on first."