Lessons in Startup Survival from the Downturn 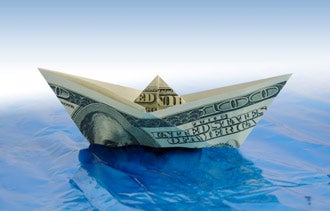 There may be no bigger emblem of the dot-com bubble burst of the early 2000s than the rise and spectacular fall of Pets.com, hand puppet and all. So why in the heck would someone start an online pet food business in the great recession of 2009-10?

"As an entrepreneur, you just have to 'go for it,'" says Alex Zhardanovsky, the co-founder of PetFlow.com, who launched his online business a year ago (on the back of an existing business, EpicAdvertising.com) and is now cashing in $1.1 million in monthly sales and growing. This summer, PetFlow raised $10 million from Lightspeed Venture Partners to further grow the business.

The pet food "auto-replenishment" site succeeded where other pet sites failed by focusing on basics like lead generation and the logistics of pet food delivery.

"We promised FedEx that we would be shipping many more packages out one year from launch than we would at start, and based on those promises, they've given us aggressive discounts that we otherwise would not be able to get," Zhardanovsky says. The push for concessions didn't stop there: "Halfway through the year, as we delivered on our promises, we went back to FedEx and asked for even more aggressive cuts given our growth trajectory, and FedEx was willing to give us an even bigger discount, even though we hadn't quite 'earned' it yet."

Launching a dot-com on the back of another one may not be the typical downturn tale. More common may be the story of Larry Bouchie, who was laid off from his Cambridge, Mass., public relations job in 2008. Within 45 days, Bouchie says, he set up his own firm, TurboPR, which he continues to operate profitably.

"No matter how secure you ever think your job is, plan for the unexpected: Network regularly, have your own PC with the software you need in your line of work, educate yourself about setting up and running a business," he says. "Prepare, prepare, prepare for the unexpected. Anyone's job can be eliminated with a moment's notice."

Downturns can be even harder for those just getting started. Guy Friedman was wrapping up his MBA at the Wharton School of the University of Pennsylvania in 2010 and facing a still-tight job market. Intent on starting a business on his own, Friedman turned the challenge of the downturn into an opportunity, conceiving and launching TheBusinessTest.com, a GMAT-like test to help recent college grads "prove" they're ready for the business world and help them land their first job. The "standardized business skills exam for entry-level corporate employment" soft-launched earlier this year and recently cut a deal with Recruiter.com to extend the service's reach.

From starting his business to helping graduates compete for their first gig, few have more of a perspective on getting started in a downturn: "Do not try and fight your environment and the facts of the economy, the city you live or the environment you are presented with," Friedman says. "Instead, accept the facts on the ground, and use them to your advantage. Great ideas are valid in the best and worst of times."