Carol Tice
Owner of Make a Living Writing
September 22, 2011 min read
Opinions expressed by Entrepreneur contributors are their own. 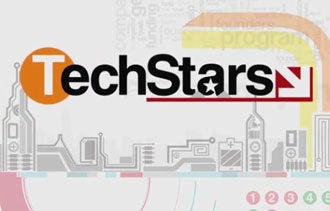 Capsule review: The half-hour show is frenetic and done in an overly hip style -- do we really need everyone's Twitter handles flashed to us onscreen? It's also hard to follow the plot, as all six startup stories get crammed into just 23 minutes -- going back to view episode one is mandatory if you want to have a clue what's happening in subsequent episodes.

But production style aside, the show, which airs on Tuesdays at 9pm EST, offers a fascinating behind-the-scenes glimpse of what venture capitalists think about entrepreneurs and their startups. (See the TechStars trailer below)

Here's a hint: There's a lot of cursing. As program mentor and video-blogging superstar Gary Vaynerchuk says: "It's not all Mother Teresa" in the feedback sessions.

VCs are interested in your cool idea -- a bit. But the show's big surprise is the extent to which it's all about the entrepreneurs -- their passion, past experience and knowledge of their industry.

But even if your technology is great, you might still flounder in TechStars. Traits the program's mentors are looking for include humility and an openness to taking direction.

Early on, Tablet-publisher OnSwipe lands $1 million in funding from an outside VC and quickly checks out, avoiding the loft and blowing off meetings with TechStars high-powered mentors. The VCs quickly brand them as cocky and arrogant, and it's clear their interest in the team is fading fast.

Some of the startups' concepts begin unraveling as the VCs challenge the entrepreneurs to go out and road-test them. For instance, UrbanApt wants to make it easier to rent a New York pad, but the founders have no real-estate connections.

To Vie For's auction site offers deep discounts on upscale handbags. But the team quickly finds manufacturers are uninterested in cutting their prices.

Still, some companies appear to be excelling in the program. At the end of episode two, Wiji got top marks from the VCs, despite having their name branded as "easily top five sh#*@iest names ever," by TechStars co-founder David Cohen. The team is "hungry as it gets" and is open to feedback about their interactive billboard technology, which gets the "cool" stamp of approval from the mentors.

One thing's for sure, it pays to hang around this crowd. TechStars recently announced that it has raised $24 million to give every company in the incubator $100,000 in additional funding.

What does it take to land VC funding? Leave a comment and tell us what you think the key is.

3 REITs to Buy and Hold for the Long Term

Get Your Credit in Tip-Top Shape

These are the top ten emerging-markets local-currency bonds