From Modest Roots to a 3,000-Salon Franchise 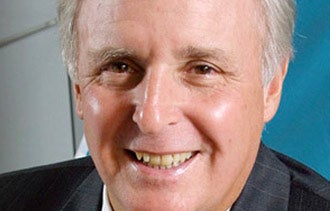 From mullets to mohawks, few have had a better seat for observing America's fickle taste in hairstyles than Ray Barton. "When it comes to their hair, people just like change," he says.

It's a different story for Great Clips, the haircutting company Barton joined in 1983 (one year after it was founded by Steve Lemmon and David Rubenzer). While it sprouted from modest roots in the Twin Cities into a 3,000-salon, $820-million-a-year operation, Great Clips had just one CEO: Barton. Until earlier this year, that is, when he handed over CEO duties to his sister, Rhoda Olsen, who joined the company in 1984 and served as its president since 1998.

Olsen was the only candidate considered for the CEO post, Barton says. "She's been the operational brains behind this business almost since day one."

But the timing of the transition left Olsen little room to ease into her new role. "Ray and I want a legacy brand that will be here in 100 years," she says. "Right now, we feel like there's a window to put ourselves in a position to do that. The company and its franchise operation are hitting on all cylinders. With the state of the real estate market, the tech environment and our competitors not performing as well, it's almost a perfect storm for us, in a positive way."

Thus came some brotherly business advice. "Ray challenged me to use my leadership, my relationships and my skills to really improve the growth of the company in the next three to five years," Olsen says.

Charged with growing the already thriving company as her brother pursues other interests (he holds seats on several boards of directors, including the chair of Children's Hospitals and Clinics of Minnesota), Olsen is flaunting a CEO style of her own.

"There's an element of innovation that I want to bring to this, on the tech side and on the management side," she says. Topping her to-do list? Helping about 100 of the company's roughly 140 markets grow to maturity by adding franchise units and increasing sales volumes. As it was under Barton, Olsen's growth strategy leans heavily on technology--specifically, tools to communicate better, such as the company's new online check-in and wait-monitoring system.

At her brother's urging, Olsen says she spends more time thinking about the big picture and less on day-to-day issues. "The problem is, I see the path to accomplishing something so clearly, I get a little impatient sometimes about getting stuff done, which I think is a CEO tendency," she says. "I have to slow down sometimes."

But slowing down may not be part of Olsen's makeup. "[With] her level of activity, she's one tough example to follow--and one incredible executive," says Robert Ledebuhr, who's not only a longtime friend to Olsen and Barton, he also opened the first Great Clips franchise store in 1983, and just this year, its 3,000th. "She sets the bar high for her people. She's so committed to what she does."

While Barton acknowledges he's not in a great position to comment on hairstyles ("If you saw my hair, or lack of it, you'd know why"), he's been around the business long enough to recognize a good head for hair. Great Clips, he says, "is in great hands. If you ask our franchisees who's had the biggest impact on their success, they wouldn't say me, they'd say Rhoda."