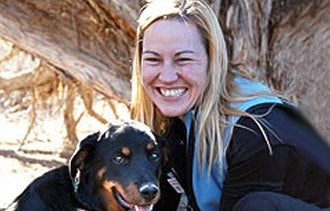 When Peggy Kennedy says she's working near capacity, she's no longer talking in terms of late nights at the office, polishing PowerPoint presentations. For Kennedy, who formerly worked in financial services on the East Coast and found refuge as a West Coast pet-care industry franchise owner, nowadays it's about the time she and her staff spend caring for clients of the four-legged variety.

"I'm working all the time--weekends, vacations, I'm always checking in. And I'm adding administrative staff just to keep up," says Kennedy, referring to the Fetch! Pet Care franchise she's been running in the Los Angeles area since 2006. Buoyed by a largely word-of-mouth clientele sprinkled with Hollywood celebs and their pets, her pet-sitting and dog-walking operation hit all-time highs this summer for monthly revenue, grossing more than $30,000, up from $1,500 in its early days.

The revenue surge by Kennedy's operation, one of 140 Fetch! franchises in 32 states, even caught the attention of Fetch! CEO Paul Mann, who founded the company in 2002. Aware that Kennedy was logging long hours at work, Mann says he recently urged her to "slow down and get some [administrative] support."

If Kennedy is working too hard, it's because of her passion for companion animals. When she's not managing a force of 40 part-time contractors, she's volunteering at a local animal shelter or bringing pets into her home for foster care. "One thing that's really admirable about Peggy is her volunteer work. That woman just has the biggest heart," Mann says.

Being a successful Fetch! franchisee also demands a skill set strong in operations, marketing, staffing and managing people, Mann explains. "Obviously these are people who love pets. Often they come from a job in middle management, looking for something they can have as their own," he says.

Kennedy more than fits the bill, Mann says: "We got lucky with Peg. She absolutely represents what this business is about. She's loving and caring, reliable, professional and smart, with a good head for running a business. She's always asking us questions and learning. That's been a key to her success."

In 2005, when Kennedy abandoned her corporate cubicle at Capital One in Boston to move west with her husband, she resolved to turn her lifelong love of animals into work in the pet-care field. After a stint volunteering at an animal shelter in Utah, she found Fetch! and initially worked as a dog trainer and walker for another franchisee near L.A., then as a franchise owner herself.

Beyond word-of-mouth, Kennedy has relied on networking with other pet-care professionals (groomers, veterinarians, etc.), and more recently on social media marketing tools, including Facebook, Twitter and a new blog, to help the 5-year-old franchise succeed in a business that's both highly seasonal and highly vulnerable to economic downturns.

"She's in the business for the love of the business, not to get rich," Mann says. "That's a good place to be coming from."

"I'm not getting rich by any means, but we're paying the bills, and I make my own hours doing something I love. It's a different--and nice--lifestyle, " Kennedy says.

Then there are the perks: spending quality time with animals, some of which come with a celebrity attachment. As busy as she's been, Kennedy has been forced to relinquish some clients to her contractors. Still, she says she gets the pick of the litter: "A few of the stars I've held onto."