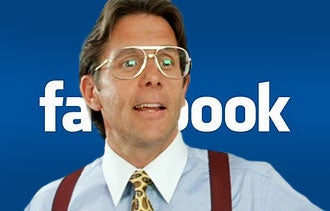 Ever since social networking took root in U.S. offices, disgruntled employees have lodged more than 100 complaints with the National Labor Relations Board claiming their bosses have stifled their online freedom of expression.

What was once contained to gossip and gripes around the office water cooler has evolved into punitive postings by employees on their Facebook walls and elsewhere online. And these online musings pose a big problem for employers who feel handcuffed or confused by laws that limit their ability to quash such social networking shenanigans.

But last week, in what might be perceived as a small victory for businesses plagued by negative employee commentary on the Internet, an NLRB administrative law judge supported a Lake Bluff, Ill., car dealership's firing of a salesman for the messages he posted on Facebook.

In this case, Robert Becker, a salesman for Knauz BMW, chided his employer for serving inexpensive food at a customer event to launch a new model automobile. His Facebook post mockingly lauded the dealership for going "all out" by serving guests "an overcooked wiener and a stale bun," as well as "semi-fresh apples and oranges and the $2 cookie plate from Sam's Club."

On the same day, Becker posted photos on his Facebook wall of a Land Rover at an adjacent dealership also owned by his employer that was accidentally driven into a pond. In this case, Becker posted such comments as, "This is your car: This is your car on drugs." His fellow employees joined in, including a sales adviser who wrote, "Finally, some action at our Land Rover store."

Unfortunately for Becker who had the offending Facebook wall, his manager was made aware of the posts. Becker was called into his manager's office, told to delete the offending posts -- which he did -- and was subsequently fired.

As I reported in July of this year, Becker filed a complaint with the NLRB, and in a hearing before an administrative law judge, his commentary about the sales event was found to be protected speech because he was expressing his concerns about the terms and conditions of his job. The judge determined that Becker was worried about his commissions as a result of what he termed a shoddy meal for potential clients.

However, the latest ruling found Becker's photos and commentary about the Land Rover accident were not protected because they had nothing to do with the conditions of his employment. If Becker's Facebook posts had been "concerted" activities -- which are activities by employees who are united in pursuit of a common goal -- he might have also been protected.

The judge found Becker's former employer's handbook to have overly broad rules regarding employee participation in interviews or answering questions regarding employee issues. As a result, the judge ordered Karl Knauz Motors, Inc., to post a notice to all employees informing them of their right to engage in protected concerted activity.

This latest NLRB decision only echoes my repeated suggestion that employers consult with legal counsel to create social media-related policies when setting up or revamping employee policies and guidelines. And that's because, as we've discovered, protected speech can be found in the strangest of places.

How have you dealt with employees airing their gripes via social media? Leave a comment and let us know.