SBA Lending in 2012 Gets a Haircut

By Diana Ransom October 7, 2011
Opinions expressed by Entrepreneur contributors are their own. 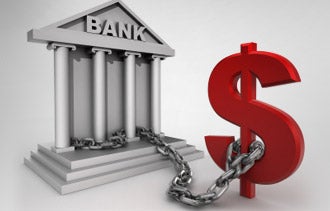 There isn't much business owners will miss about the last couple of years, except for perhaps the Small Business Administration's beefed-up loan guarantee program.

In 2009 and 2010, the Small Business Administration was able to temporarily eliminate loan fees and increase loan guarantees to 90 percent for certain loans. The moves were part of the American Recovery and Reinvestment Act of 2009, the Small Business Jobs Act of 2010 and subsequent extensions. By 2011, the program had ended, but interest in SBA lending remained heightened during the first quarter.

Thanks to that first-quarter lift, fiscal year 2011, which ended this week, turned into a banner year for SBA lending. The agency broke its lending record by supporting over $30 billion in loans to more than 61,000 small businesses. And while big banks have indicated that they're willing to give loan-seeking small businesses lifts this upcoming fiscal year, other signs suggest a more subdued lending picture is on the horizon.

"If more money was available, it would allow more businesses to borrow through the SBA program," says Bob Coleman, editor of the Coleman Report, a trade newsletter for the small-business banking industry. By contrast, less money to go around may mean that fewer businesses will be able to land a loan, he says.

What's more, less money to support SBA loans may have a chilling effect among banks. Two weeks ago, Vice President Joe Biden and SBA Administrator Karen Mills announced small-business loan commitments from 13 of the nation's biggest lenders that tallied at $20 billion over the next three years. But Coleman points out that without a guarantee -- that is, if the SBA ran out of funding for its loan programs -- banks won't be as motivated to make small-business loans.

"Banks are being required to preserve more capital. And the best way to do that is to not make loans," says Coleman. "Without a guarantee there's less of an incentive for banks to make loans."

In response to concerns that the SBA may be setting itself up to run out of money come 2012, Mills suggested that it wasn't an issue. "We believe that looking at the volume [of loan demand] we have, this is the right number," she says.

Will a smaller SBA budget hurt business's ability to get loans next year? Leave a comment and let us know.