Jonathan Blum
October 12, 2011 min read
Opinions expressed by Entrepreneur contributors are their own. 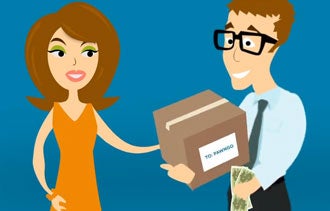 Business is good for pawn shops these days and not just the ones featured on reality television. In today's unforgiving credit climate, there are fewer and fewer ways for firms to raise ready cash.

In lieu of a more fluid credit situation, small-business owners are turning to pawn shops to borrow against grandmother's wedding ring or granddad's Fender Stratocaster to raise funds for their businesses. But rather than head to seedy corner stores, some are going online.

Denver's Pawngo aims to provide an online pawn shop experience to consumers and small-business people who need some short-term cash but may never have considered pawning as an option.

"That customer would never think of going to a pawn shop to borrow a couple thousand dollars to solve a problem. But we thought we could deliver a user experience that was discreet, fast, secure and very transparent," says Pawngo CEO Todd Hills.

The company says it has done about $2.8 million in loans since its site launched in June. It is a licensed pawnbroker and fully compliant with state-mandated pawnbroker statutes, says Hills.

Here's a look at the new service:

What it is: As advertised, Pawngo is an online pawn shop that lets users take out short-term loans of $250 to $100,000 using resalable valuables as collateral. Pawngo will lend against things such as precious metals, jewelry, high-end watches and some in-demand electronics such as Apple computers and digital SLR cameras.

Users tell Pawngo about their item through an online form. The company assesses the item and sends an initial offer by email along with a paid FedEx shipping label. The user then ships Pawngo the item. After Pawngo's staff inspects the physical product, the company makes a final offer which is typically 50 to 80 percent of the product's resale value, as defined by Pawngo.

If the user accepts the offer, the loan is wired directly to the user's bank account. The whole process takes about 24 hours, CEO Hills said.

Users have up to 90 days to pay off their loan, plus 3 to 6 percent interest per month (higher-value collateral typically means a lower interest rate) on the amount loaned. If you pay off the loan, you get your valuables back. If you don't, Pawngo may resell your property.

Why you might like it: Pawngo appears to give small businesses a relatively quick and discreet way to raise money outside traditional financing channels. What's more, there are no background or credit checks. The company said the firm doesn't report to any credit agency. So you risk little to see what you can raise with items at hand. Your biggest downside risk is loss of your collateral.

Why you might not like it: Pawngo typically accepts only smaller valuables that can be easily shipped overnight, although Hills said the company does make exceptions. Generally though, the office furniture won't work. And interest rates are steep.

Bottom line: Clearly, a long-term test of the system is in order. But at first blush, for getting out of a tight fiscal spot, Pawngo could be just the ticket.

Have you used Pawngo? Tell us how it went in the comments section.

How Entrepreneurs Can Manage Their Business Finances With Success

Snap will face lawsuit stemming from a deadly crash after all

Carvana Shares are Stalling Out… But Maybe Not for Long