Jobs Bill Breakup: What Will Entrepreneurs Push For?

Carol Tice
Owner of Make a Living Writing
October 12, 2011 min read
Opinions expressed by Entrepreneur contributors are their own. 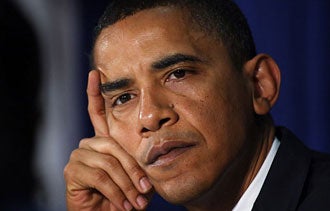 Without getting off-track wondering why the President squandered political capital by putting up a bill that seemed clearly doomed, let's cut right to the topic that matters: What may be salvaged out of this bill, and what would small business owners like to see actually pass?

President Obama has already said the next step is to break the bill up into parts and try to get various provisions approved by Congress. So now, like the zombie-movie posters say, it's a question of who will survive and what will be left of them.

Here's a rundown on the bill's provisions aimed at small business:

Can taxing the rich fly? The whole bill depended on a new income tax for millionaires of 5.6 percent starting in 2013. Proposed by Senate Democrats, the surtax received only mixed support. But without a means to pay for the other cuts, the entire idea of new federal job stimulus may be dead anyway.

Maybe the small-business initiatives could be spun off into their own bill. Other provisions currently in the Jobs bill include: added financial support for states that could help prevent 280,000 teacher layoffs, infrastructure-repair programs, public-school modernization and extending unemployment.

There's so much going on in the bill overall that separating out the small business side might boost the bill's chances for passing.

Or, maybe a whole new proposal needs to be hammered out. The President recently received a plethora of feedback from entrepreneurs. Maybe his team could read through them and get some new ideas.

What do you think could save the Jobs bill? Tell us in the comments.