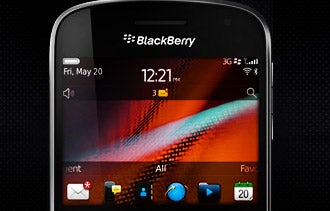 Did you wake up this morning, pick up your BlackBerry and find yourself unable to browse the Web or send that pressing business email? If so, you're not the only one. Research In Motion -- the Waterloo, Ontario-based maker of Blackberry smartphones -- informed subscribers in the Americas that they may experience "intermittent service delays" today, and that the company is "working to resolve the situation as quickly as possible."

In a teleconference this afternoon, David Yach, RIM's chief technology officer of software, explained that the initial core switch failure generated a backlog of messages, and that a backup system apparently failed to kick in. The company is "working around the clock" to deliver those messages, he says, and RIM will verify the root cause of the problem once systems are stabilized.

In the meantime, millions of people -- including countless business owners – have been left unable to use what, for some, is their primary communications tool. "#BlackBerry still down … Android OS is calling …," one person wrote on Twitter. "#Blackberry is having a service FAILURE, not a service OUTAGE. Don't use their PR-induced terminology," wrote another.

Yach did not offer a precise timeframe for resolving the issue completely -- in the U.S. and abroad.

BlackBerry's outage comes as Apple prepares to officially release its iPhone 4S later this week. RIM's stock price has fallen about 4 percent since this morning.

Do you use a BlackBerry for business? How reliant are you on the service? How are you managing during the outage?