Maker Faire and the Growth of Do-It-Yourself

Mark Frauenfelder noticed them everywhere he went: bleary-eyed souls peering up over their laptops and monitors, craving something more tactile than a keyboard, plus a measure of control over their surroundings. And then it began: They started making things, things that didn't necessarily have anything to do with 1s or 0s. From handcrafted furniture to bespoke clothing to homemade robots, the Maker Movement took hold in California's geek-heavy communities in the early 2000s and has since grown into an international phenomenon. We asked Frauenfelder, founder of BoingBoing.net and editor-in-chief of Make magazine, to weigh in on the impact and reach of DIY.

Maker Faire--Mecca for makers--is a bellwether of the movement's growth. The 2006 launch of the gathering in San Mateo, Calif., attracted 20,000 creators of varying skill levels, while the 2011 event packed in 100,000 people and now has spin-offs in Detroit and New York. Make's readership is growing, and Frauenfelder sees a future subscription base of 4 to 5 million. "There's room to grow [to the levels of] Popular Science and Popular Mechanics when those magazines were about do-it-yourself," he says. 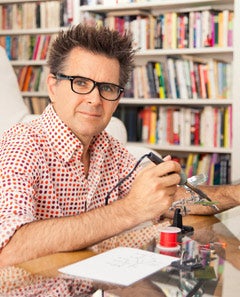 The movement that caught on in the garages and basements of California's Bay Area is showing signs of true financial power. Kit makers like Boulder, Colo., SparkFun Electronics are "making millions," while Etsy.com, where many a maker sells his or her work, has been valued at $300 million. Make helps entrepreneurs with promising products develop and sell their own DIY kits. Ponoko, based in Wellington, New Zealand, and Shapeways, a Dutch startup that landed $5 million in venture capital and opened a New York office in December 2010, match makers with the design and construction assistance they may need to fulfill their visions. In August, software company Autodesk purchased the maker website Instructables.com, although terms of the deal were undisclosed.

The Maker Movement has also spawned "hacker spaces"--community locations where people can come together and create. More than 500 active hacker spaces worldwide are listed on Hackerspaces.org, a website that catalogs them and includes "places that are repressive, totalitarian regimes, places you wouldn't expect, like Myanmar," Frauenfelder says.

The Maker Movement is also touted as a boon to education because of the science, technology, engineering and math components necessary for many inventions. In a September 2010 speech at the New York Hall of Science, Thomas Kalil, from the White House Office of Science and Technology Policy, encouraged young people to become makers, saying, "After all, we wouldn't teach kids how to play football by lecturing to them about football for years and years before allowing them to play."

Recent Maker Faire events have showcased inventions with the clean lines of professionally designed prototypes instead of the "cobbled together from scrap materials" look, Frauenfelder says. Seed Studio in Shenzhen, China, is an open hardware developer that ups the invention ante into electronics and peripherals. "When I was an engineer in the mid-'80s, the software was expensive. Now, Google's SketchUp is a thousand times more powerful, and it's free," Frauenfelder says.

Frauenfelder crafts musical instruments out of cigar boxes, with plans in the works to create a pie-tin banjo-ukulele combination in the near future. He and his 8-year-old daughter work on robotics projects, and he also makes his own skateboards. In the kitchen, Frauenfelder whips up batches of yogurt and sauerkraut. He is also working on an organic peanut butter stirrer. His advice: "Make things you use in your everyday life and you develop a relationship with and a connection to the things around you."

How to Turn Your Idea into a Business